The government has approved $206 million in essential upgrades at Ōhakea Air Base. 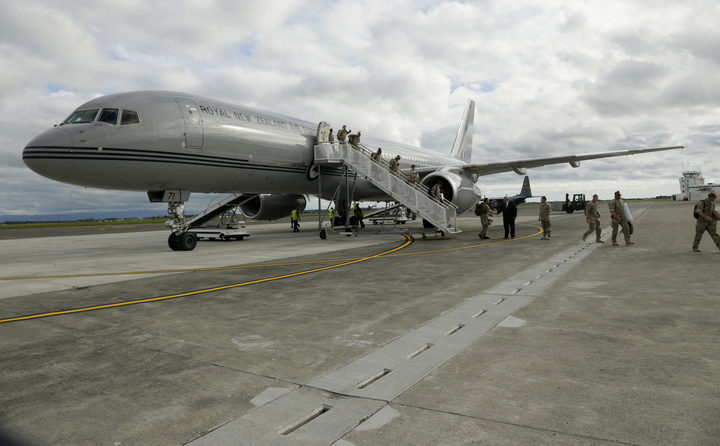 He said safety issues would be addressed, as well as upgrades to taxiways, accommodation and fresh, storm and waste water systems.

"This spending is required to rectify longstanding problems with Base Ōhakea's supporting infrastructure and ensure the base can continue to function," he said.

Last year, RNZ reported that much of the nationwide Defence estate - camps, buildings, roads and water infrastructure - was outdated and 41 percent was barely meeting or failing to meet functional requirements.

That $2.1 billion spend is part of a $20bn overhaul of old Defence Force infrastructure, platforms and buildings over the coming decades.

"A large proportion of the Defence Estate was built over 70 years ago, during World War II," Mark said.

"Almost 80 percent of the Defence Estate is reaching the end of its remaining useful life, and must be replaced in the next 30 years," he said.

Ōhakea base will be home to four new P8 Poseidon planes from 2023 and number five squadron will shift from Whenuapai to Ōhakea to fly them.

The P8s replace the ageing Orion fleet which went into service in the 1960s.

When RNZ visited Ōhakea and surrounding areas in late 2018, locals werehoping to cash in on the base's development.

As well as the P8s, the government is also splashing out on new planes to replace the old Hercules fleet.