There were no new cases of Covid-19 reported in New Zealand today, but four cases have been reclassified as confirmed. 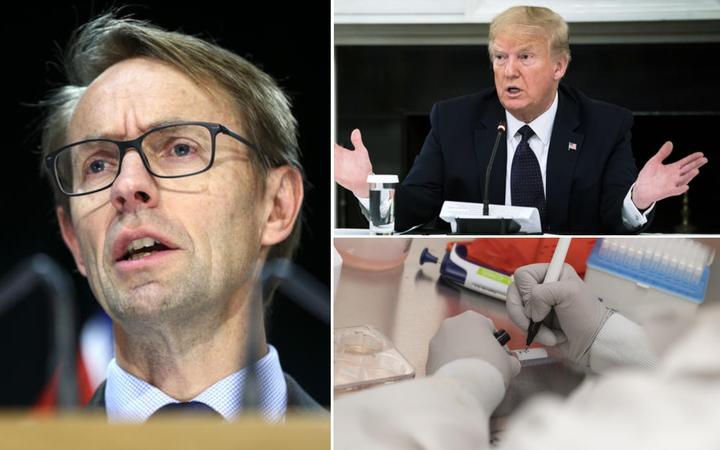 They had tested positive in Uruguay before they returned, and the government was unsure if they had been classified as confirmed by Uruguay. Dr Bloomfield said it was now clear they had not been, so were added to New Zealand's total.

All four cases had recovered, he said.

He said there were also no new deaths to report today. New Zealand's total number of cases was 1503. There were 1153 confirmed cases and 350 probable cases.

Another nine people recovered from the virus, bringing the total of recovered cases to 1442, or 96 percent.

After previously threatening it, Airways has confirmed seven airports around the country are to lose air traffic services.

The company said it would go ahead and withdraw services from towers at Hawke's Bay, Gisborne, New Plymouth, Rotorua and Invercargill airports.

The union representing pilots and air traffic controllers said recently it would fight the decision because of concerns over safety and employment matters.

The stress is continuing to grow for redundant Queenstown workers as reduced rents return to normal.

Between 8000 to 10,000 jobs have been lost in the resort town and more are expected to go in the coming weeks and months.

RNZ spoke to people who have lost their jobs and unsure of their prospects for the future.

Auckland Council is asking staff earning over $100,000 a year to take a voluntary six-month pay cut.

Council chief executive Stephen Town said this was to help mitigate the council's dramatic fall in revenue over the last two months due to Covid-19.

Benefit seekers outnumber those who got into work

Nearly 5000 people found jobs via Work and Income in lockdown, while 40,000 applied for benefit.

And the Ministry of Social Development is anticipating another influx when the wage subsidy scheme comes to an end.

US President Donald Trump today said he is taking hydroxychloroquine to protect against Covid-19, despite warnings that it is not effective and can damage the heart.

Weeks ago Trump had promoted the drug as a potential treatment based on a positive report about its use against the virus, but subsequent studies found that it was not helpful. The Food and Drug Administration has issued a warning about its use.

In a 24 April statement, the FDA said it is "aware of reports of serious heart rhythm problems" in patients with Covid-19 treated with hydroxychloroquine or an older drug, chloroquine.

The first hints that a vaccine can train people's immune system to fight coronavirus have been reported by a company in the US.

Novavax labs in the state of Maryland is one of the firms involved in developing a vaccine.

Moderna said neutralising antibodies were found in the first eight people who took part in their safety trials.

It also said the immune response was similar to people infected with the actual virus.

Larger trials to see whether the jab actually protects against infection are expected to start in July.