An official report estimates allowing cycling on footpaths could lead to one death and 17 serious injuries a year but still have a $10 million upside. 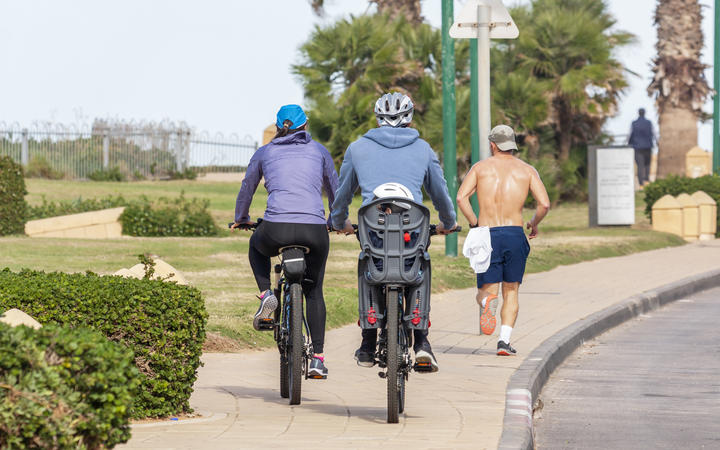 "Permitting cycling on footpaths is not likely to lead to a substantial increase in casualties," a NZTA report said. Photo: 123RF

But opponents say the cost-benefit analysis is flawed and ignores the benefit of people being able to walk around safely.

The government is proposing to let bikes, e-bikes and e-scooters use footpaths at a maximum speed of 15km/h, or three times the walking speed.

They would have to give way to pedestrians, and councils could impose lower speeds or put a ban on busy paths.

The Transport Agency analysis estimates the benefits per year at $24m, three-quarters of that from cutting vehicle operating costs, and the rest split evenly between cutting vehicle emissions and the health benefits to cyclists.

It reviewed several studies, most from overseas.

"There is little published data available regarding the effects of footpath cycling on pedestrian safety," it concluded.

Then added: "Permitting cycling on footpaths is not likely to lead to a substantial increase in casualties."

Blind Citizens New Zealand lobby group said all this implied it was "acceptable to have injuries".

A transport planner, Bevan Woodward of the national lobby group Movement, said the analysis failed to account for the advent of e-scooters and e-bikes, which are heavier and faster than regular bikes.

"This notion of a speed limit ... is deluded.

"In fact my own e-bike, the slowest setting is faster than 15km/h," Woodward said.

Blind Citizens president Jonathan Godfrey was dismissive of the analysis but worried at its influence on the reform of road rules.

It failed to account for the deterrence effect on those who had no choice but to use footpaths, he said.

"If our needs as people who can't choose to go somewhere else off the footpath are not adequately catered for, then New Zealand is losing.

"We should have learned over the eight weeks of lockdown how important footpaths are for people walking their streets," Dr Godfrey said.

"And when the rest of New Zealand gets back in their cars, disabled people will still be using those footpaths and we want to use them safely."

It belatedly added the analysis last month to its list of public documents, available as part of the consultation around its Accessible Streets reform proposals. Consultation closes on Wednesday 20 May.

Dr Godfrey said the reforms were good in parts, but the footpath plan starkly illustrated the lack of direct consultation with disabled people.

However, the agency said the disability sector was consulted, with its views included in the preliminary regulatory impact statement, which was also publicly available.

The government said the proposals responded to parents' calls for children to be allowed to ride on footpaths.

The consultation was to see if footpath riding should continue to be banned, limited to children, or open to all at low speeds, and with give way rules clarified, it said.

The Transport Agency has had more than 1000 submissions, and says it will analyse them all.

"This will include putting together a disability impact statement which will summarise the views of the disability sector and how the proposals may impact them, an update to our regulatory impact statement, and a re-write of our cost benefit analysis informed by the feedback," it said.

The NZTA cost-benefit analysis was done last August and cites a dozen studies - 10 from overseas, and eight of them more than a decade old.

The cost-benefit analysis concluded from the studies that "cycling on footpaths is likely to have a very minor effect on pedestrians as cyclists travel at slow speeds and injuries are likely to be low".

"The literature review indicates that given the low speeds involved there are likely to be no fatal injuries," it said.

The analysis estimates cyclists would ride an extra 2.3 million kilometres, with a health benefit, and an $18m benefit in lower vehicle operating costs as cars made fewer trips.

But Woodward said that could only come at a cost to garages and service stations, which should cancel out any benefit.

Such analyses worked for businesses set on maximising profit, but were not for government agencies measuring impact on societies, or on climate change, he said.

"The government's road safety policy Road to Zero states that no deaths are acceptable. However, this cost benefit analysis trades off the predicted deaths and injuries to pedestrians."

Elsewhere, NZTA has a seven-point hierarchy of how to provide for cyclists; shared paths or footpaths come seventh.