On a day when the country saw one new Covid-19 case, $265 million in government funding was announced for the sport and recreation sector to ensure it remains viable. 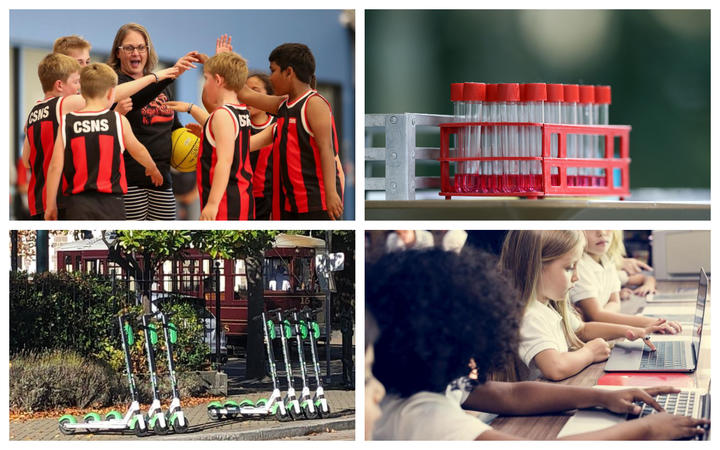 Clockwise from left: The government is spending more to help sport; there is one new case of Covid-19; children are returning to the classroom and e-scooters are back in some of our cities. Photo: Photosport / AFP / 123RF / RNZ

It is also the eve of a nationwide return to schools, and the Health Ministry is assuring those affected it is "completely normal" to feel anxious about it.

In announcing the sports funding, sports minister Grant Robertson said the coronavirus had put sports, particularly at a community level, under huge strain.

"Sport New Zealand and High Performance Sport New Zealand will work closely with national sport and recreation organisations, as well as the professional teams and clubs to ensure the new funding is allocated fairly and appropriately across the system," Robertson said.

How the money will be spent:

Robertson said the sport and recreation sector contributed about $5 billion a year to New Zealand's GDP and employed more than 53,000 people.

The new case is a boy under the age of four, linked to the Rosewood rest home cluster in Christchurch and is a household contact of an earlier person who has the virus.

The Ministry said the Canterbury boy is aged between one and four, but his exact age won't be disclosed for privacy reasons.

The number of combined total of confirmed and probable cases has risen to 1499, of which 1149 are confirmed cases.

There are two people receiving hospital care for the coronavirus - one each in Auckland and Middlemore hospitals. Neither of these patients is in intensive care.

Helping hand for those feeling anxious

With the move to alert level 2 last week, many businesses have reopened and schools are set to begin classes again tomorrow.

In a statement released this afternoon, the Health Ministry said while some New Zealanders will be looking forward to being around people again, some people may feel anxious.

"These feelings are completely normal. It's okay to notice that it feels different and to reach out to someone to talk about it or to look for useful tips and guidance online."

The Ministry said there were several different ways for people to seek help during the next phase of the battle against the coronavirus and there was a range of different resources available on the Ministry of Health website. 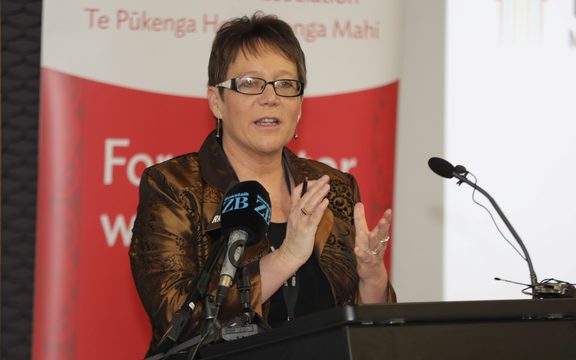 The Children's Minister has announced a major increase in funding she says will help reduce the pressure on thousands of caregivers both in and out of the state care system.

Tracey Martin said a review last year showed more help was clearly needed and the pandemic had made it even more urgent.

An additional $210 million over four years would increase the benefits for foster parents and other carers by $25 a week per child.

And allowances currently only available to caregivers for children in state care, would be available for extended whānau or non-family looking after children. 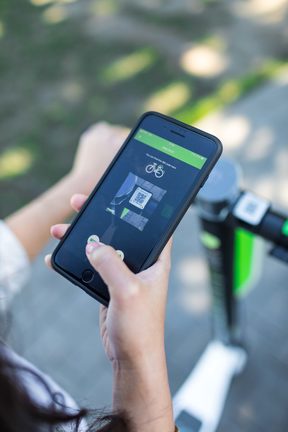 New measures designed to give customers the confidence to be able to use the scooters without risking potentially spreading Covid-19, have been put in place by the separate companies.

Jacksen Love, the co-founder of Flamingo Scooters - which operates in Auckland, Wellington, and Christchurch - said they have designated teams of people going round to clean the scooters.

"You'll see us, our teams out on the street, cleaning scooters between rides, and our software systems are completely tracking the sanitisation of every scooter," he said.

In the event someone contracted the virus, the app can be used for contact tracing to alert others who used the same scooter.

In other cities, however, the providers are holding off on the reintroduction of scooters.

Protests in Europe and UK over coronavirus restrictions

Police across Europe and the UK have struggled to enforce distancing guidelines as thousands joined protests against lockdown enforcement.

Police in London arrested 19 people for deliberately breaking social distancing guidelines in protest against the rules, on the first weekend since Prime Minister Boris Johnson announced a slight loosening of England's lockdown.

Hundreds of protesters gathered in Warsaw's Old Town, carrying signs saying "Work and bread" and "It will be normal again."

A number of German cities have also seen protests. The biggest was in Stuttgart, where more than 5000 demonstrators turned out, but there were others in Berlin, Munich and Frankfurt. 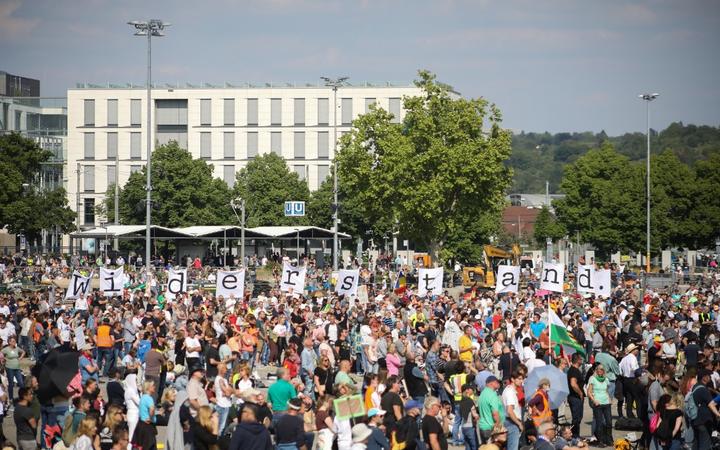 Obama hits out at Trump's handling of pandemic crisis

Former US president Barack Obama has criticised his successor Donald Trump's approach to the coronavirus crisis.

In an online address to graduating college students, he said the pandemic had shown that many officials "aren't even pretending to be in charge".

It is the second time in recent days that Obama has hit out at the Trump administration's coronavirus response.

He said it had been "an absolute chaotic disaster" during a leaked conference call last week.

During his commencement address today, which was delivered to graduates from several dozen historically black colleges and universities, Obama said the Covid-19 outbreak had exposed failings in the country's leadership.

"More than anything this pandemic has fully, finally torn back the curtain on the idea that so many of the folks in charge know what they're doing," he said.

More than 1200 people have died with coronavirus in the US over the past 24 hours, according to Johns Hopkins University.

The total death toll now stands at almost 89,000, which is the highest anywhere in the world. 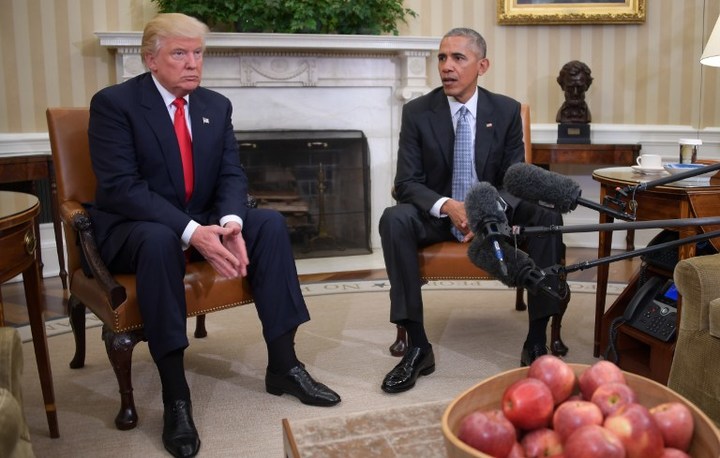 President-elect Donald Trump and President Barack Obama in the Oval office at the White House in January 2017. Photo: AFP

Italian Prime Minister Giuseppe Conte has outlined a further loosening of movement restrictions today, including opening borders to travellers from Europe from next month to unwind one of the world's most rigid coronavirus lockdowns.

With shops as well as bars and restaurants due to reopen from Monday, the government has also announced that people will no longer have to justify travel within their own region and will be able to meet friends as well as family.

"People will be able to go wherever they want - to a shop, to the mountains, to a lake or the seaside," he said.

The announcements came as coronavirus deaths in Italy, the third-highest in the world, fell to 153, the lowest since March 9. 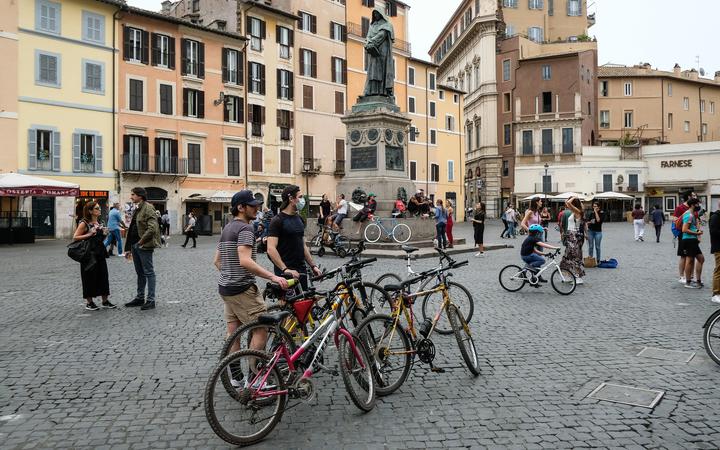