As three-quarters of a million students prepare to leave their home classrooms, a small number are making a permanent switch to home learning. 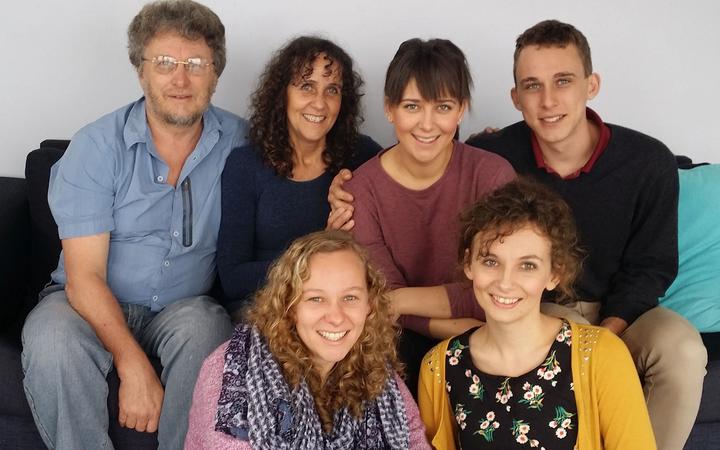 The Ministry of Education said more than 2000 people accessed its homeschooling webpages in one week last month.

Home Schooling New Zealand said it fielded 30 or 40 more inquiries in the last fortnight than it would usually.

Its principal, Todd Roughton, was a school principal before giving it up to homeschool his own four children.

"We see four reasons for parents making inquiries to us at this time, the first is they're discovering the joy of getting to know their children, of being a family together. I think it's something many have lost," he said.

"The second is being put into the situation of homeschooling they've started thinking more seriously about it.

"The next thing is that numbers have rung because they've seen the standard of work that their children are bringing home, and they're really concerned about it.

"And interesting, the last lot is they're ringing because their children have found a bit of quiet space. They've started to talk to their parents about what's happening in the school they're in and they've told the parents they want to learn but they don't want to go back to school."

About 6500 students are homeschooled in New Zealand.

Families receive a $743 annual allowance to homeschool one child, with a sliding scale for subsequent children.

Roughton says the process, which takes four to six weeks to set up, is straightforward.

"I think the issue is that it's a lifestyle choice," he said. "You can't have your own life and do my own thing and tack my kids' homeschooling on the side of what I want to do.

"I do get very disappointed when I hear parents say: 'I can't wait for the children to be back at school, God, I'm sick of them'."

Sarah Brooks has homeschooled her two children from the beginning, and they are now 12 and 17.

"Both my children have always had the option of going to school if they would like to, and they both have certainly had the odd day here and there to see what it's like. But they've both been at home the whole time.

"It's a very personal decision to homeschool, and it's not a choice that I think is necessarily right for everybody, but certainly for me and my family it has been a way to be very involved in their education.

"We get to spend a lot of time together, we get to know each other very deeply. We miss out on some of the stress of that routine that's involved in getting to school, having to then get home, do homework. We have freedom in how we manage our time."

Being thrown into lockdown learning may not give the full picture of homeschooling, she said, but individualised learning was one of the main benefits.

"I have two students in my classroom so I can spend a lot of time individualising their learning, and that's a real luxury, and a real privilege," she said.

"Obviously, the current circumstances have been stressful for a lot of people, and I can understand that trying to juggle work from home while having your children home, having to face potential loss of jobs, being away from family and all that has caused a lot of stress for people and so I know it hasn't all been joyful.

"But for us, having the children at home is incredibly joyful and I hope that some people have had that experience, and have had a good time with it."

The Ministry of Education has received 70 more applications to homeschool since mid-March compared with the same two months last year.

"The number of hits on our web page for parents increased from 1338 in early April to 2080 in the week of 13 April," said its deputy secretary, Katrina Casey.

"This appears to show a heightened interest for a short period. However, the number of hits last week reduced to 438."

She said the number of applications remained small compared to the 780,000 children and young people enrolled in schools.