The state of emergency across New Zealand has been lifted on the eve of alert level 2 - putting the country in a transition period. 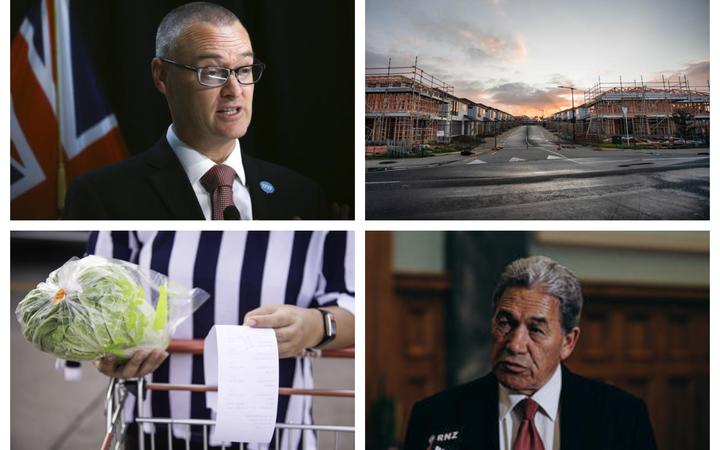 Aotearoa has been under a state of national emergency since 25 March - the first day of lockdown.

At 11.59pm on Wednesday, alert level 3 will lift, and the country will enter what is essentially new territory - at least two weeks of life under alert level two.

Cabinet will review alert level 2 restrictions on Monday 25 May.

As the country prepares for the next stage in the fight against Covid-19, no new cases of the coronavirus have been reported for two days in a row.

The total number of confirmed and probable cases remains at 1497, of which 1147 have been confirmed.

We won't be in a state of emergency in alert level two, so new legislation is being pushed through Parliament under urgency today to ensure the level 2 restrictions can still be enforced.

During the transition phase, Civil Defence can continue to give orders to prevent the spread of the coronavirus.

Police can also exercise powers during this period.

It will remain in place for 90 days unless extended or terminated earlier.

While many are looking forward to the prospect of the relative freedoms afforded by moving into alert level 2, the prime minister today issued a warning.

Speaking at a media conference this afternoon, Jacinda Ardern said around the world unemployment will rise significantly, businesses will fail and close, government revenue will decline, and this country will also feel the pain.

"New Zealand is about to enter a very tough winter, but every winter eventually is followed by spring, and if we make the right choices, we can get New Zealanders back to work, and our economy quickly moving again."

She said the Budget will be the first step in recovery from Covid-19.

"We believe that, when times are hard, you don't cut - you invest."

The government is set to announce the Budget on Thursday, the first day of alert level 2.

After intense public and political pressure, the government has changed its Covid-19 rules for funerals and tangihanga.

Up to 50 people will now be allowed at funerals and tangihanga if strict public health measures are in place, the government has announced.

The health measures include physical distancing and hand hygiene, with no food and drink able to be served afterwards.

Health Minister David Clark and Director General of Health Ashley Bloomfield made the announcement today, and Clark said: "The strength of our response to this virus has been in our agility to respond and we have listened to the concerns of the 10-person limit for funerals and moved on that... I'm pleased that we have found a workable solution that that keeps people safe, while at the same time allowing more people to gather and grieve together."

In contrast to the funerals turnaround, there does not appear to be respite on the way for migrant workers.

When Peters was questioned whether migrant workers were indeed tax payers, he said that was an extraordinary statement.

Everyone was required to pay tax, but that did not mean people got greater rights than they did on the day they arrived in New Zealand, Peters said.

He said many foreign nationals had already been given substantial support through Civil Defence and charities.

On the subject of charities, those that provide food are bracing for a second wave of need if the wage subsidy ends in the coming weeks.

One charity has seen a 185 percent increase in demand, with the numbers of families it helps growing from 350 per week to more than 1000.

The government has not yet indicated whether it will extend the 12-week subsidy and will likely announce that in the Budget tomorrow.

He expected an additional 700 families in the West Auckland region alone to be in need in the coming weeks.

Housing groups are calling for a multi-billion dollar spend to echo the substantial build that followed the Great Depression.

The groups say that this is a unique opportunity to stimulate the economy, support the construction industry, and transform the lives of those living in temporary or substandard housing.

Following the Great Depression, the government built 10,000 houses in a matter of just a few years, to accommodate the tens of thousands of people who were homeless or living in unfit conditions.

It was a defining landmark on the road to New Zealand's welfare state.