Work and Income has been acting "unlawfully" and ignoring its own legislation by telling people paid redundancies that they are not eligible for a benefit till that money runs out. 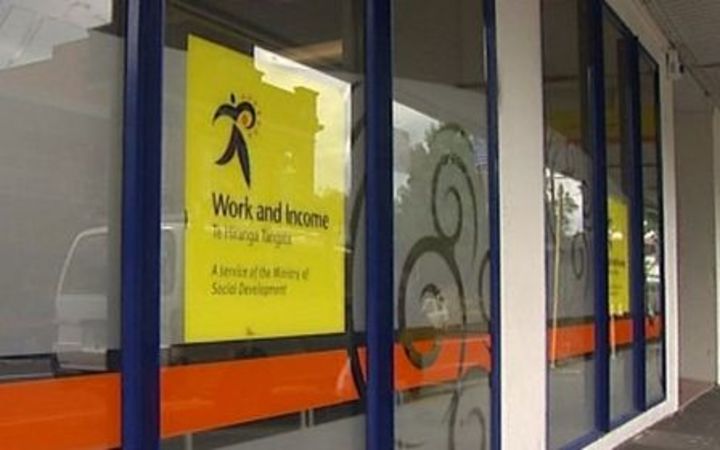 The discovery could affect many people laid off since Covid-19 struck and may have been an issue much longer.

It came to light after RNZ detailed the story of Mary*, a hotel worker made redundant when the Covid-19 lockdown began.

She applied for a job seeker's benefit but was told she would not receive anything till her redundancy runs out in September.

Work and Income's Kay Read, group general manager client service delivery, said on Wednesday that payments received when a person stopped work, such as holiday pay and some severance payments, would delay the time when income support payments started.

However, section 422 of the Social Security Act makes clear when calculating a person's income and benefit level, Work and Income is to "take no account of a redundancy or retirement payment".

Mary's case was reviewed this week after RNZ asked questions. She has been told a mistake was made and she can receive the benefit.

Mary said it was great to have better news but she was very worried and angry about how many other people had been wrongly advised and simply given up.

The Work and Income employee she dealt with had many years' experience. She told her she had always applied the rules in this way.

"They should be following the law. It's their people and call centres dealing with this and they could have been giving thousands of people the wrong advice for years.

"How many people are worse off now? It could have been the last straw for some people.

"It just seems so wrong. You need to be able to trust a government department to give you good advice. When the lady told me these were the rules and nothing more could be done, I cried.

"I can imagine if someone was not in the best mental state then it would completely rock their world."

Mary said the forms she had to fill in asked what her redundancy payout was.

Up until mid this morning Work and Income's website also continued to say that if a person received a redundancy "your payments from us will start once [it's] finished".

Auckland Action Against Poverty coordinator Ricardo Menendez March said Work and Income was being "unlawful" in not following the legislation, which was very clear.

March said Mary was eligible for the baseline job seeker benefit of around $220 a week and, due to her mortgage situation, was likely also able to get the accommodation supplement.

He too was worried about the many other people in a similar situation.

"Mary is clued up enough to say something is wrong but others might accept the 'computer says no' answer and give up. Not everyone is brave enough to take a stand."

March said Work and Income remained under-funded and benefits were too low, which had the impact of frontline staff being under great pressure and not having enough knowledge of the rules.

"They're not taking the time to weigh people's circumstances properly… it's also not good to hear senior people at the ministry don't understand the legislation. It shouldn't take someone going to the media to get a result.

"This needs to change not just for Mary and her redundancy but all the other people with a redundancy who have been told they can't get a benefit."

Read said today that Work and Income had apologised to Mary for the error and any stress it had caused.

"When a person applies for income support because they are finishing employment, the payments they receive when they stop work may delay the date when their benefit starts.

"Payments that impact the benefit start time include holiday pay, sick pay, long service leave, pay in lieu of notice and retirement payments. Redundancy payments are not part of this calculation."

As mentioned above, the Act said retirement payments should not be included in calculations.

"We regret the error and encourage anyone who has concerns about how we have calculated their benefit start date to get in contact with us."

Questions about the number of people who may be affected or whether the approach had been incorrectly applied to others were not directly addressed.

*Mary's name has been changed.