Two men have been arrested after 20 kilograms of methamphetamine was found in a carry-on suitcase at Auckland Airport. 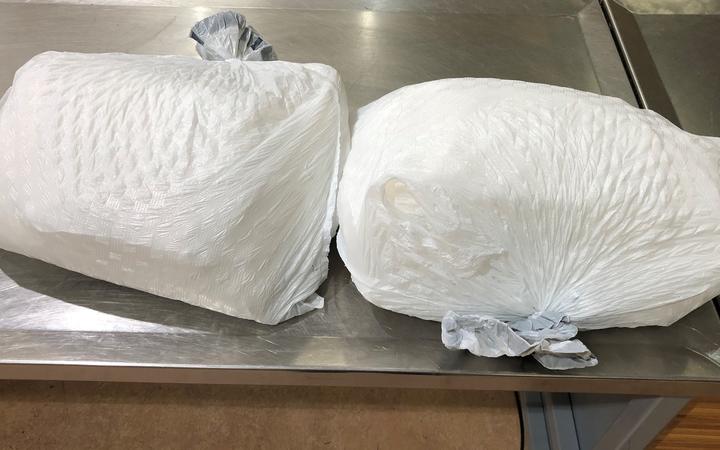 Customs says a 26-year-old, was risk-profiled, when he left New Zealand for the United States last Saturday.

The estimated street value of the drug found in his luggage when he returned from Los Angeles yesterday is $8 million.

He faces life imprisonment for the importation and possession of a class A controlled drug.

A 44-year-old man was also arrested in connection with the case when police carried out search warrants in Auckland.

Both men are New Zealand nationals.

Customs Investigations Manager Bruce Berry said in a statement that the arrests show the brazen behaviour by some criminal syndicates trying to take advantage of the Covid-19 situation.

"This should serve as a warning - Customs has continued its efforts to risk assess all passengers, cargo and craft as we would under normal circumstances.

"We know that organised criminal groups are very agile in adapting their smuggling efforts to try and take advantage of any situation, but we remain as vigilant as ever as this seizure shows."