A woman was told she had suffered a miscarriage while her husband sat in the Auckland Hospital carpark 'alone and helpless", the Epidemic Response Committee heard today. 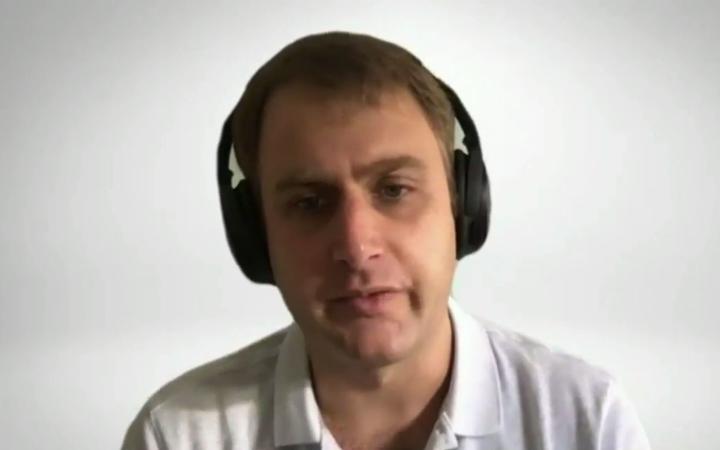 Bjorn Reymer is speaking up on behalf of people forced to go through painful events without any family support. Photo: Facebook / Epidemic Response Committee

The committee devoted their time to hearing from how various parts of the health sector have coped during the alert level 4 and 3 lockdowns.

The Cancer Society, the Funeral Directors Association and representatives of the palliative care sector were among those to provide testimony.

Also appearing via Zoom was Bjorn Reymer who was also speaking on behalf of his wife. He said the couple had chosen to make their ordeal public because many other New Zealanders were hurting at the moment.

They were being forced to endure incredibly painful experiences without a partner, parent or other support person at their side, he said.

In the couple's situation it became apparent two days after the start of alert level 3, that his pregnant wife needed a scan, Reymer said.

"She was told on the phone by the hospital that she would need to come alone and was not allowed to bring anyone with her.

"This is despite the scan not being a routine procedure and the results being likely to be of a negative nature."

His wife found out shortly after the scan that she had a suffered a miscarriage. She was then given a box of tissues and left alone to deal with her grief.

He said hospitals are hard enough to navigate when people are in a fit mental and physical state. "Consider then what my wife was feeling ...small things become big emotional hurdles. Walking past maternity and other pregnant women ... these are journeys best shared with someone.

"This was our pregnancy, a baby we wanted together, we should have been able to support each other through this."

She then had to return to the carpark where her husband was to tell him that they had lost their baby.

The couple discovered afterwards that they could have applied for compassionate consideration, but it seems an unreasonable process, he said.

The Ministry of Health should be more compassionate and should have introduced a consistent policy for all district health boards for situations such as theirs.

It didn't make sense that the couple were living in their bubble together throughout the lockdown and would have been seeing the same staff at the hospital.

He said the Auckland Hospital staff were fantastic and even apologised to his wife that she had to go through her ordeal alone.

Reymer added that the Covid-19 pandemic was being fought at all costs with no consideration for other traumatic health events.

Committee chair Simon Bridges thanked Reymer for having the courage to share his story.