Aucklanders are being warned a weekend of extremely wet weather hasn't brought the city any closer to seeing the end of what is a severe drought. 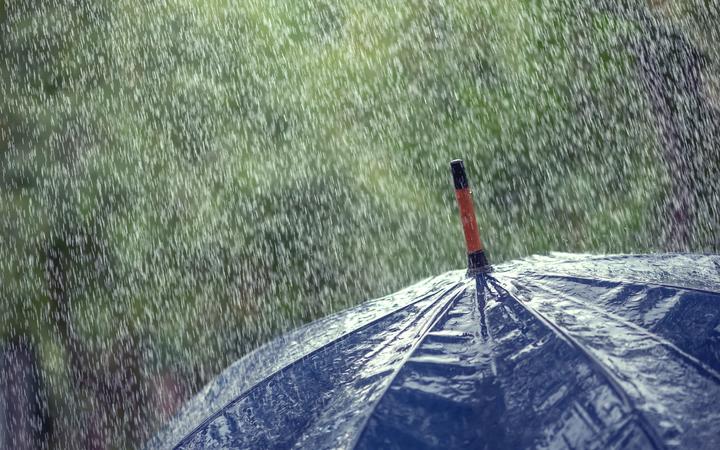 Parts of the Auckland region got drenched over the weekend but the downpours have barely made a dent in the water storage lake levels.

Any amount of rainfall was welcome in a drought but the weekend downpours only raised water storage lake levels by 0.7 percent, he said.

"It's a less than 1 percent difference. It's a welcome change because we need rain but it hasn't broken the drought."

Auckland's storage lake levels dropped below 50 percent last month; the first time it's been below halfway mark for 25 years.

The city can take up to an extra 150 million litres a day from the Waikato River and is drawing on the full amount right now, that accounts for a third of Auckland's total supply.

Watercare said the city would need significant rainfall over a number of weeks for it to have any impact on the city's water stores.

For now, level one water restrictions are in place and people are being asked to use water inside only and limit showers to under four minutes.

Jaduram said there was an interesting dip in water demand over the rainy weekend that could mean people are still using water outside their homes.

He said on average, the city used 420 to 430 million litres of water a day but this dropped to just 400 during the wet spell.

"What it tells us is that when it's raining our demand goes down. The difference, that 20 to 30 million litres of water, is being used outside and that's what we're asking Aucklanders to stop doing."

Auckland isn't the only part of the country facing a prolonged dry spell; the entire country has received only 67 percent of its average rainfall to date.

Niwa said the Coromandel Peninsula got as little as 13 percent of its normal rainfall while parts of the North Island - including Whangārei, Auckland, Waikato, Whakatāne and Napier have just recorded their driest January to April season on record.

Meteorologist Ben Noll said the effects of so little rain were made worse because there had been several dry seasons in a row.

"If we look back to 2019 that was quite a dry year across Auckland and Northland, other parts of New Zealand as well.

Conditions in Northland, which declared a drought in early February, were showing just how hard an impact this compounding effect could have.

It's regional council recorded a very dry winter in 2018 followed by one of the driest years on record in 2019.

"I look out my window quite often and you'll see the water tanker doing deliveries. At one stage, just down my road, I could see one or two a day.

"A lot of people out here are on tanks or aquifer so we don't have water. So if you don't conserve it you just run out."

Donaghy said Northland needed at least 80 percent of its normal rainfall come spring to steel it against more dry weather.

"That's quite a big target because we're so far behind. At that point we'll know where we fit leading into next summer.

"If we're still down at 50 percent of normal rainfall in spring it's not going to take a lot to tip the region into another drought."

Rain is expected in many parts of the country this week but Watercare warns it will take significant amounts of rain - and for a period of weeks - to bring genuine relief to dry conditions.