Could the lockdown signal an end to rough sleeping? Former rough sleepers and community housing groups think it could. 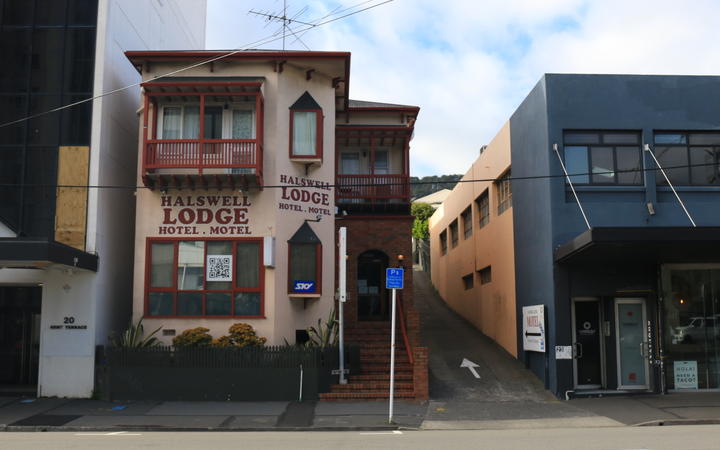 Halswell Lodge is where some Wellington rough sleepers are being housed. Photo: RNZ / Eva Corlett

The Ministry for Housing and Urban Development said 1114 people had been housed in 876 motel units since the alert levels were announced and on 26 April, the government announced another $100 million to be spent on homelessness.

One of the new accommodation sites is Halswell Lodge in central Wellington - a block of 30 or so motel units tucked into the base of Mount Victoria.

The motel to house rough sleepers was booked under urgency for emergency accommodation when the level 4 lockdown began.

Reuben, who RNZ interviewed before the lockdown and was sleeping in a school, moved in there.

He yelled out from the balcony, where he and a few other men were chatting, that he was doing well.

In the carpark below, workers from Te Aro Health, Downtown Community Ministry (DCM) and the DHB are head-to-toe in protective gear - here to give flu jabs and check in on the motel's newest guests.

One of those guests, Lofty, was sleeping in a carport in Wellington before the lockdown.

He moved into the motel a week or two into lockdown.

The last time he had a roof over his head was "ages ago", and it's a big change.

"I wake up fresh, get up have a shower, a wash, a sleep - it makes the whole difference."

He said the lockdown made the housing process faster "by a long way".

Another guest, JR, was temporarily staying with his partner at a house in Wellington, but they had to leave.

JR said the lockdown sped up the housing process for them.

"It wouldn't have been any faster than this," he said.

"I want to thank everyone who has been supporting us and looking after us. As streeties, we have no places, no family, no friends to help us out.

"I've been a streetie, I can gladly say, most of my life and I have learned a lot from it - to appreciate the little things that we have in life."

The little things. Like a place of your own.

"We got our own place, our own space, and our own rules to do what we want to do and how we want to do," JR said, followed by a laugh.

Groups working with the homeless community say there are almost no rough sleepers left on Wellington and Auckland's streets.

Auckland's Lifewise peer outreach worker Raymond Paul said there were people who have been sleeping rough for 15 to 20 years now in housing.

"They are liking having a warm shower, a soft bed and a bit of security." 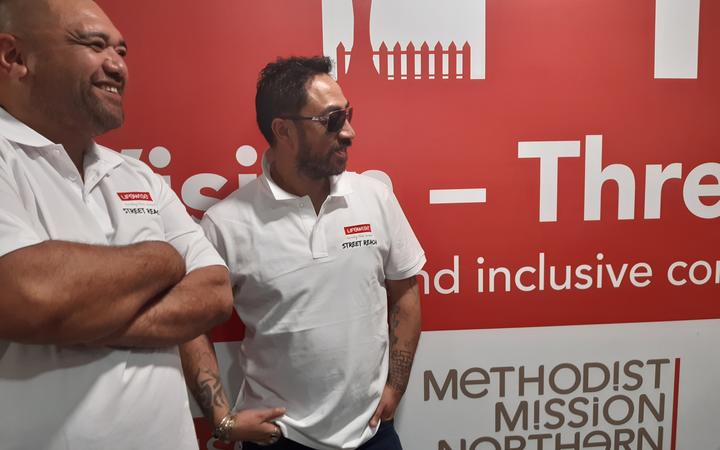 Paul, a former streetie himself for 10 years, said having a bit of security gives people a chance to set some goals and reach out to whānau.

He said it was emotional and overwhelming how many people were now seeking support from Lifewise.

Since the lockdown, Lifewise has supported up to 70 people into emergency accommodation and is now providing ongoing, wraparound support for 50 of them.

"With familiar faces in the facility with them, they don't feel alone," he said.

Putting an end to rough sleeping

With local and central government support, the Wellington City Mission set up accommodation in central Wellington.

The self-contained units, Te Paapori is housing 37 men, who had been staying at the Wellington Night Shelter.

"It's been a chance for them to relax, to settle, to be self-contained."

The country was now uniquely placed to end rough sleeping, he said.

"The conclusion is not that they return to the streets, that would be unacceptable."

Edridge said the government's leases on some of the emergency accommodation ended in June.

It's critical guests know what's in store for them by mid-May, so they can have piece of mind, he said.

"Our responsibility now as service providers as decision-makers, as funders, is how do we have the courage to create a new future?"