New Zealand has reported just three new cases of Covid-19 over the past 24 hours, the 12th day in a row the increase has remained in single digits.

Director General of Health Dr Ashley Bloomfield said seven people are in hospital, but none are in intensive care. 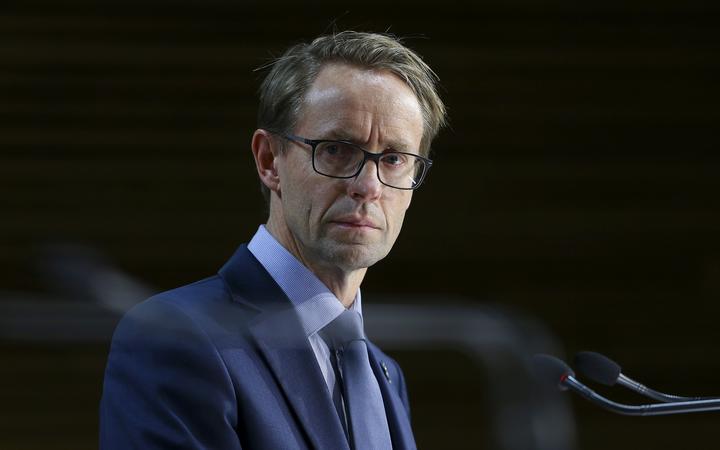 Dr Bloomfield said there was now a total of 1129 confirmed cases, with 347 probable cases.

He said an earlier probable case had been reclassified as not a case.

"There was a significant increase in testing yesterday, with 5867 tests performed and our new total of tests in 134,570."

The number of significant clusters remains at 16, and the death toll stands at 19.

Anyone who has received texts or phone calls about things like smear tests or childhood immunisations should follow this up as these have now resumed, Dr Bloomfield said.

"Please go and get that care, it's very important not to delay what are essential parts of keeping well." 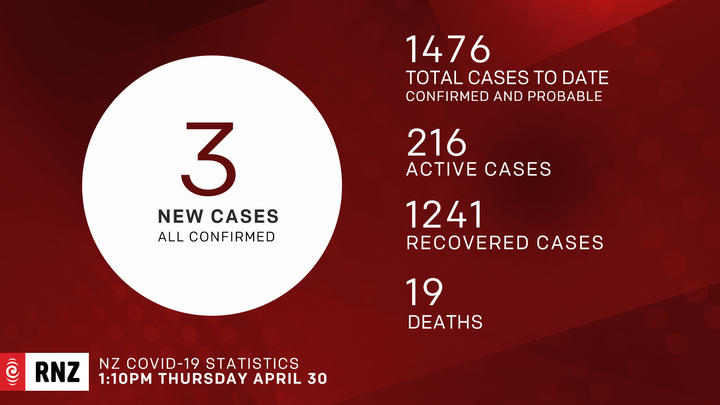 Prime Minister Jacinda Ardern said while people can now enjoy takeaways, it is vital distancing was occurring and people needed to stay at home if there was no proper reason to be outdoors.

She said there have been 185 breaches under alert level 3, including 81 in the past 24 hours and 48 new warnings.

Police have advised that after a bit of a spike in the first 24 hours of alert level 3, things have calmed down, she said.

"Please continue to act like you have the virus when you are out and about and if you see breaches, please report them.

"Now is not the time to loosen up our compliance."

She said a breach reporting tool set up by police had received 1035 complaints by 5.30pm yesterday, with 277 referred to the compliance assessment team.

"Of those, 104 have been tasked with further action by agencies. Some are being followed up by MBIE, police, WorkSafe and MPI, all dependent on the type of breach that may have occurred.

Ardern said she expected high standards to be upheld by takeaway services and enforcement was being taking seriously.

Parliament will pass a tax package, released through the tax system, under urgency to support small businesses, Ardern said.

"Many of our smaller Kiwi firms will be operating again under level 3, but they do still face tough times, so one thing I want to encourage everyone to do is to think about supporting local when you are engaging in contact-less trade."