From what families have told schools, only a few children will return when they partially reopen next week. 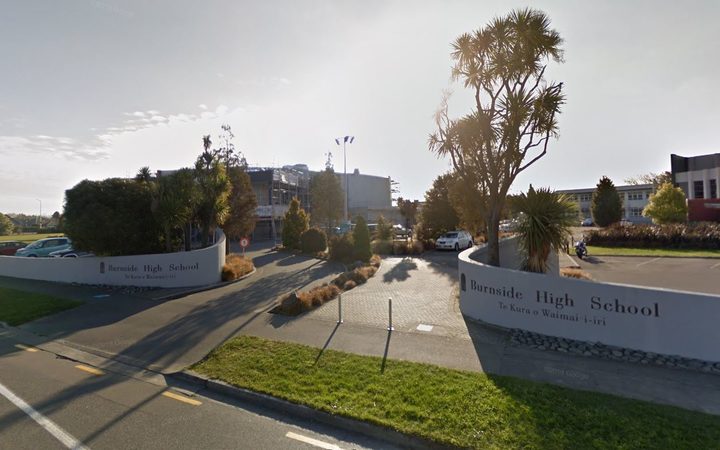 Around 20 out of 980 Year 9 and 10 students are returning to Burnside High School in Christchurch. Photo: Google Maps

The president of the Principals' Federation, Perry Rush, said several hundred of its members had reported an average of 6 percent of their children returning.

He said some expected no children at all, and one expected about 15 percent of its roll of just over 100 would come back.

Rush said the numbers could grow because some parents were still waiting to hear from their employers about whether they would be expected back at work next week.

"So there's still a bit of time to go to be absolutely clear about what decisions parents are making," he said.

Schools are reopening on Wednesday 29 April for children up to Year 10 who cannot study from home, or whose parents need to return to work under alert level 3.

Even the biggest schools were expecting few students.

The principal of Burnside High School in Christchurch, Phil Holstein, said parents had indicated that only about 20 students from its cohort of 980 Year 9-10 students would come to school on Wednesday.

"We'll organise our students into bubbles of a maximum of 10 students," he said.

"There will be this little group of people operating in this large campus. It will feel a little strange, but we're okay with that."

The principal of Rowandale Primary School in Auckland, Karl Vasau, had worried that many of its 601 pupils would return, but in fact it appeared that the numbers would be very low.

"We've got a school roll of 601 and we've had replies from parents that equate to 523 students and of those 523 students we've got 23 that have signalled they would like their children to return to school," he said.

Vasau said most of the parents had to go back to work, but two families wanted to send their children back because they were worried their education was suffering.

The principal of Randwick Park School in Mangere, Karen McMurray, said she too had expected a lot of families would want to send their children back because they had not yet received learning packs or computers from the Education Ministry.

But she said most families were happy with how home learning was going and only a handful of the school's 660 children were returning to class.

Perry Rush said some teachers were not available to help with reopening because they were vulnerable to Covid-19 or had children of their own to care for, but the majority would be able to assist.

"At this stage it looks like with these percentages returning next Wednesday we should not have any substantive issues being able to staff schools appropriately," he said.

The president of the union for primary school staff, the Educational Institute, Liam Rutherford, said most staff recognised they had a role to play in helping get the economy restarted at level 3.

"What's coming through most strongly is they want to make sure the plan around partial reopening is underpinned by good public health information and that health and safety and wellbeing is at the forefront of the planning."