Media companies hard hit by plummeting advertising revenue since the start of Covid-19 level 4 lockdown have been offered a life-raft by the government in the form of a $50 million support package. 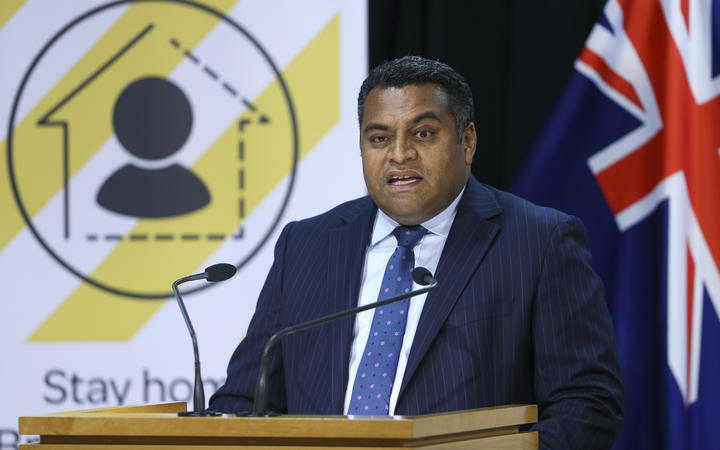 However, even Broadcasting Minister Kris Faafoi admitted it would not be enough to keep them afloat for long.

At least 500 jobs in the industry have gone in the last few weeks, and hundreds of other journalists have been forced to take paycuts and "holidays" as advertising revenue has plummeted.

Faafoi said the package - which includes $21m to cut transmission fees for broadcast media for six months, $16m to waive media companies contributions to New Zealand On Air and $11m for "targeted assistance" - is like emergency first aid.

"Without government intervention, we risk losing the skills and range of perspectives which provide important independent news and information that New Zealanders rely on - especially at times like these."

The minister conceded more was needed and officials would be working with the industry on a second package to be included in Covid-19 budget discussions in May.

However, he noted there were serious structural problems in the industry even before Covid-19 and the government wanted to be sure companies were being "prudent".

Media commentator Gavin Ellis said broadcasters would be happy with the relief from paying transmission fees and New Zealand On Air levies.

However, there was "nothing much for newspapers, except for the $11m set aside for as-yet-unspecified "targeted assistance".

"Even if all of that money went to the print media, and I don't think it is all going to the print media, that would represent not much more than one month's advertising revenue for NZME. So that shows you how relatively small that amount of money is."

The government could have made a big difference by immediately shifting some of the estimated $33m in government advertising spend currently going into the coffers of Facebook and Google and channelling it into local media, Dr Ellis said.

He was skeptical of Faafoi's protests that it couldn't be done quickly.

If the second package was delayed until late May, it might already be too late to save jobs at some companies, which were "haemorrhaging cash".

"We're probably disappointed it wasn't a more even skew and at the same time hoping the next package will provide further assistance for our part of the industry."

The support package could be worth several million dollars to MediaWorks, which has asked staff to take 15 percent pay cuts for six months.

Chief executive Michael Anderson said it was a positive start but it was too soon to say whether it would save jobs or stop further salary cuts.

"You know I hate to keep saying this but it's too early to say. There are just too many variables for one piece of the puzzle to solve everything."

NZME chief executive Michael Boggs said the company would be working through the details with government officials in coming days.

"The revenue challenges we currently face have been well documented - we're looking forward to working with the government on the package announced today, as well as longer term initiatives to ensure the New Zealand media industry is healthy and vibrant."