Covid-19 contrarians claim they're being censored

Sir Ray Avery made a concerning allegation during his appearance on Sean Plunket’s Magic Talk show on Monday afternoon.

The pharmaceutical scientist and entrepreneur was being interviewed about his criticism of the statistical modelling informing the government response to Covid-19. He argued efforts to eradicate the virus are excessively damaging to society and impossible to achieve, saying “you only need one person to sneak in from a boat in Kerikeri and you’ve lost your immunity”.

After communicating those ideas, he claimed they were being suppressed. Not only had they been kept out of government decision-making; they were being actively “shut down”, he said.

“That’s what worries me also about freedom of speech in New Zealand. Anything that doesn’t seem to agree with the government’s particular perspective seems to get shut down. I think that’s another serious issue in terms of freedom of speech.”

Avery said Plan B, the group of academics advocating a quick return to something approaching alert level two, was also being silenced.

"I think there has been some censorship of alternate views throughout this period," Thornley told Newshub reporter Madison Reidy.

Avery and Thornley have a right to be concerned.

Their ideas have been kept out of the public discussion on Covid-19, provided you ignore when they were covered on the nation’s most popular commercial radio broadcast.

And on the nation’s most popular non-commercial radio broadcast. 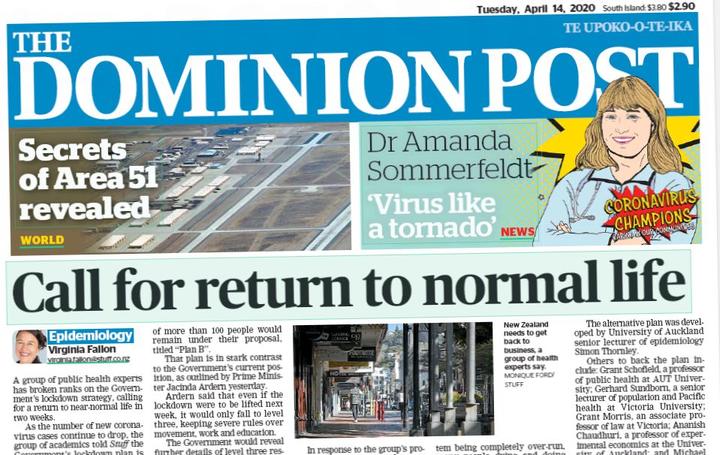 And when they were written up by Newshub. And Newsroom. And Newstalk ZB.

And when The Spinoff talked about them in its Covid-19 live blog.

And when they were covered internationally, in The Guardian, and The Sydney Morning Herald.

Or when Thornley expressed his views in a column on New Zealand’s most popular news site.

Or finally, when he explained them during an interview on the 6pm news, where he also claimed he was being censored. 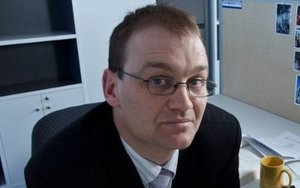 During research, we did uncover one incident which raised fears over freedom of speech.

In 2018, Newsroom was targeted under the Harmful Digital Communications Act 2015 - a law designed to prevent cyberbullying - over a series of investigative stories by science reporter Eloise Gibson and co-editor Tim Murphy.

Otago University lawyer Andrew Geddis said if the complaint was progressed, the Act could become “a pathway for anyone upset by how they’ve been covered by digital media… [to] seek to have that coverage scrubbed from the internet”.

His fear didn’t end up being realised because internet regulator Netsafe declined to pursue the action of the complainant, Sir Ray Avery.

It’s possible Avery and Thornley are mostly concerned their views haven’t been taken seriously by the government and its advisors, or that they’ve been rejected by dozens of their peers and colleagues.

They may have a point on that front. But there’s little evidence to back their complaints about censorship and threats to freedom of speech.

Toward the end of the interview on Monday, Plunket asked where listeners could find out more about Avery’s ideas. Avery didn’t hesitate.

“I’ve just released it generally in the media,” he said. “It’ll be around pretty much everywhere.”