The Government has unveiled a $50m “adrenaline shot” for commercial media companies struggling with the sudden slump in revenue caused by the Covid-19 crisis - with more to come in weeks ahead.

But not all media will feel the benefit and bigger decisions remain to be made on the future of our biggest providers of journalism and news. 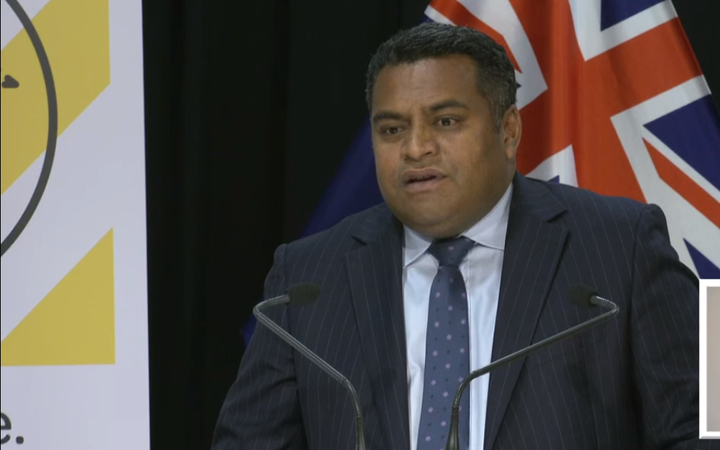 “This package is about freeing up cash in the short term to assist the industry get through the immediate crisis,” minister for Broadcasting, Communications and Digital Media, Kris Faafoi said in a statement.

“The media sector is only the third sector, after primary health care and aviation, to receive a specific pool of funding over and above the wage subsidy,” the minister said in his statement.

But not all media companies have been affected equally during the lockdown, and some companies are getting more assistance than others.

The bulk of what the minister called an “adrenaline shot” goes to broadcasting and not so much to struggling publishers of newspapers and online news, which employ more journalists around the country.

A sum of $21.1 million has been set aside to cover the cost of broadcasters’ transmission fees for six months.

Broadcasters will also have to pay just a fraction of the cost of NZ On Air-funded programming in the year ahead, thanks to $16.5 million to cover the cost of their contribution to the content in 2020-2021.

“Like other advertising funded media organisations, the financial challenges confronting TVNZ are significant and they won’t be solved by a single solution. Government support definitely helps, but our primary focus will continue to be on cost-saving initiatives, helping our customers get back to business, and partnering with other players across the media sector,” he told Mediawatch.

But that broadcasting-targeted funding won't help a print and online company like Stuff, which employs the most journalists in the country.

It would mainly benefit from smaller parcels of funding announced today: an $11.1 million fund set aside for “specific targeted assistance to companies as and when needed", and from $1.3 million in news subscriptions for government departments.

Faafoi said he wanted to be assured print and online media companies were reforming their funding models before giving them government support.

“This not to prop up failing businesses. It’s about supporting journalism in New Zealand,” Faafoi said.

Faafoi said there is “a natural level of function of journalism the Government wants to see.”

“Media plurality, the function of journalism and preserving as many jobs as possible are the priorities", he told reporters at Thursday's announcement.

“Some of the issues plaguing the media were there before Covid-19 happened,” he added, echoing the finance minister Grant Robertson who last week described the media as “a patient with pre-existing conditions”.

A second package would follow “within weeks”, and will be submitted for the Covid-19 budget discussions in May, Faafoi said.

It would consider addressing the competition the media is facing for online advertising from tech giants, along with the possibility of increasing government’s ad spend with local media, he said.

“Initiatives like bringing forward government advertising spend could come out of it,” he said. "We are aware of the urgency."

Pressure to prioritise the government's own media spend

Media executives at a session of the Epidemic Response Committee last week suggested government spending on Covid-19 advertising and public information in the media could be brought forward.

The government was also strongly urged to divert budgets for advertising to local media from offshore digital platforms like Facebook and Google.

Pressed by reporters at today’s announcement, the minister said about 30 percent of total spending of $110 million last year went to overseas digital platforms.

He reminded media that $1.3 million is being made available for government departments to purchase organisation-wide news service subscriptions.

Faafoi said that was partly a response to feedback from “smaller subscription services” who had said government departments were not “pulling their weight”.

The minister would not be drawn on talks about allowing a merger of Stuff and New Zealand Herald publisher NZME, citing "commercial sensitivity". He said the plan for a new public media entity to replace RNZ and TVNZ was "on ice" for now.

"There are wider issues for us to contend with at the moment,” he said.

Other countries have already introduced more far-reaching emergency support measures for the media.

The Australian government announced a coronavirus relief package last week in which commercial television and radio broadcasters' spectrum fees will be waived for a year and local content quotas suspended for 2020, maybe longer.

There was also A$50m for the Public Interest News Gathering Program - known as PING - to support regional journalism after a wave of local radio and newspaper closures.

Ireland’s government is advancing sums of up to $170,000 to radio stations to broadcast public information over the next three months, and Ireland’s public broadcaster RTÉ is using government’s Covid-19 temporary wage subsidy scheme to top up payments to staff.