A group of New Zealanders stuck in Central America for a month are now on their way home. 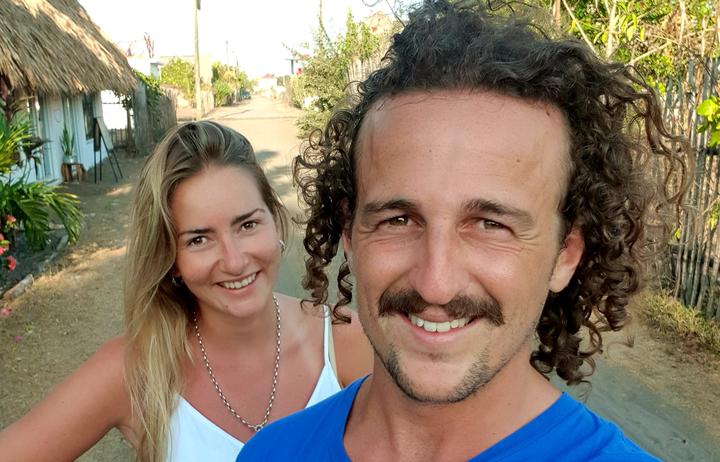 Matthew Taylor and Amelia Nisbet are on their way home after a mercy flight was organised to get them out of Guatemala. Photo: Supplied / Matthew Taylor

The group of seven say they are relieved to have arrived in the United States after spending at least $4000 each so far to try to get back home.

Matthew Taylor and Amelia Nisbet, who are both 27, had spent the last three years in London and were taking the scenic route home through Central America when the pandemic struck and the village where the hostel that they were working at was suddenly cordoned off.

The couple were saved by the New Zealand and US embassies, which organised a mercy flight for them out of Guatemala.

"We got our flight to Houston and when we got there, it was just about a four hour wait, now we've got to LA so we're just hoping that we can get on the next flight to New Zealand and nothing else happens," he said.

On board the flight were five other New Zealanders including Piedad and Brendan Bird and their 6-year-old daughter Allelvia, Sachin Dheda (from Auckland), Sophia Yanko (from Nelson).

Taylor said the group met one another at the Guatemala airport and the group landed in Los Angeles.

Taylor said his destination is Christchurch, and he has not lived in New Zealand for three years.