Workers on OMV's Maui A platform are sacrificing being with their families, staying offshore for a month at a time while they work to keep gas flowing during the Covid-19 crisis. 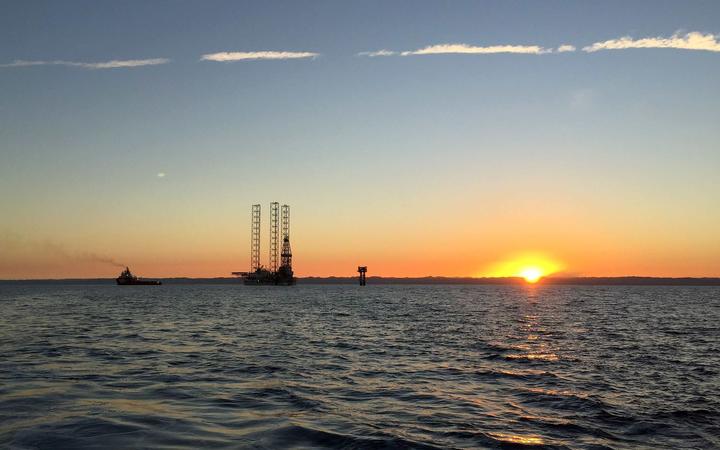 Staff levels on Maui A off the Taranaki coast have been cut from 65 to 10, and no one is stationed on Maui B. Staff numbers at the onshore production station have dropped to as few as three people.

Maui Operations manager Warwick Smith said the field's operator OMV had also ditched the 14-day roster for its offshore workers in favour of a four-week turnaround as it attempted to maintain physical distancing between staff.

Shift rotations were being kept separate and staff were required to undergo health screening before going offshore.

Smith said the workers had risen to the challenge.

"It's been really impressive they committed to doing an extra two weeks while they were already out there so they didn't have a chance to come home and prepare for lockdown or do much more than phone their families and check out whether it was okay.

"They're really stoic about it. They recognise that this is an essential business, but also that they are willing to be flexible which is fantastic.

"It must be pretty hard for the families as well and we've really got to acknowledge their support in these sorts of situations. Some of them will have young families and some will have family members who need additional help."

Smith said this was normally a busy time for projects and maintenance, but once the situation with Covid-19 had become clear operations were scaled back to core production.

He said those that were no longer required for rotations on Maui A were working from home, put on standby or had been let go.

The virus also had implications for OMV's Crestal Infill re-development campaign at Maui A.

"We were in the process of moving a rig onto Maui A but as soon as we were heading to lockdown that activity was paused and those guys returned to the beach," Smith said.

The campaign using the Archer Emerald rig was considered too risky because it included managing shift changes involving a large international workforce.

Designed to extend the life of the Maui field, the in-fill work had been suspended for an initial three months.

The COSL Prospector rig, which is contracted to Austrian-based OMV, has just completed drilling the Toutouwai-1 exploration well off the coast of Taranaki, the results of which are due shortly, and was set to drill Maui-8 next.

"There's a lot of time and effort put into developing that development programme and certainly it's an important part to keep exploring and keep developing, but we'll take stock of what we have achieved and go forward and hopefully there'll be more opportunities in the future."

An OMV spokesperson yesterday said there were no plans to reschedule Maui-8.

"Hopefully next time we have a drilling rig in New Zealand, but currently we have no real plans to bring an exploration rig to New Zealand."

Maui-8 was to be the fourth exploratory well drilled by the COSL Prospector in the current campaign.

The Gladstone-1, off the coast northwest of New Plymouth, and Tawhaki-1 in the Great Southern Basin were unsuccessful, leaving Toutouwai-1, which is north of the existing Tui field, the last hope from this season's programme.

The oldest of New Zealand's gas fields, Maui produces about 20 percent of the country's gas.

Offshore from Waitara, another OMV operation - Pohokuram which produces about 40 percent of New Zealand's gas - was in the midst of a scheduled maintenance shutdown as the lockdown approached.

"Before crew changes could happen the replacement crews had to self-isolate in hotels and motels in New Plymouth and I believe some may have been in Auckland before the crew change could happen. It's been very challenging for them."

The onshore work was completed just before the shutdown came into force.

Lindsay said the automated nature of the Pohokura production station and platform, which were run remotely from an office in New Plymouth, was a bonus when the lockdown came into force.

"It wasn't set up this way for the situation we find ourselves in now. It was set up like that to minimise the health and safety risks to personnel by not having personnel on the plant and running it remotely," he said.

In response to the Covid-19 crisis the operators had been divided into two teams of three, one group operating from New Plymouth and one from the production station.

"One of the biggest advantages is that we can split the operators so that the plant can keep running and half the team are never actually in the same physical space as the other half so we're not going to get the virus spreading right through the team through surface contact or face to face contact during hand overs."