A team of earthquake scientists will seek the help of a robot named Jason to find valuable research equipment lost at sea. 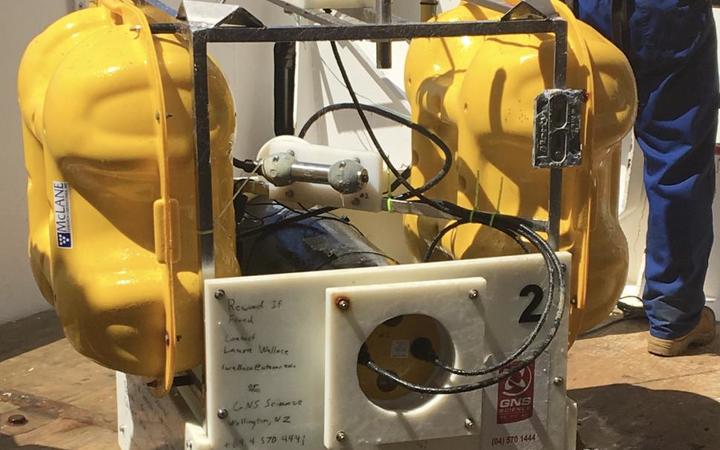 Earlier this year GNS Science asked the public to help it find the five important earthquake recording instruments that never surfaced during a recovery mission off the North Island's East Coast.

The pressure sensors were used to map sea floor movement along the Hikurangi subduction zone, where the Pacific Plate dives beneath the eastern North Island.

Scientist Laura Wallace said they retrieved 25 of the instruments, but despite calls to the public to keep an eye out for the washing machine-sized objects, no one had responded with news of any sightings of the missing five.

"We went to retrieve them several months ago, but couldn't hear from them," Dr Wallace said.

They would now go to Plan B.

Dr Wallace suspected they were probably still on the sea floor, holding on to "really valuable data" the scientists needed.

She said an underwater robot named Jason was scheduled to arrive from the United States for the next research mission over summer.

"We're going to go out, hopefully with Jason and have a little look for them, so fingers crossed we can get them back."

The recording instruments belonged to GNS Science and Columbia University in the United States, and were held within a metal frame the size of a washing machine, with two large yellow floats attached to the frame.

They were marked with contact information for either GNS Science or Columbia University.