"In the face of the greatest threat to human health that we have faced in over a century, Kiwis have quietly and collectively implemented a nationwide wall of defence," Ardern said.

"As we head into Easter, I say thank you to you and your bubble." 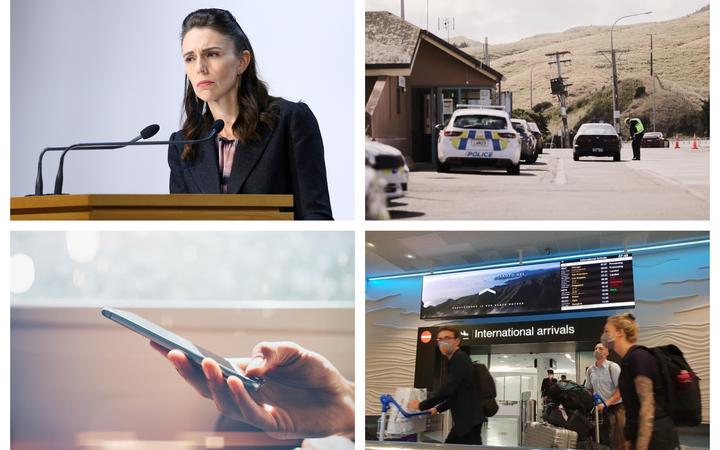 It is the fourth day in a row there has been a day-on-day drop.

That brings the total number of cases to 1239.

There have been no additional deaths, but 14 people are in hospital, with four in ICU at North Shore, Middlemore and Dunedin hospitals.

Dr Bloomfield said 317 people had now recovered from the coronavirus, with 35 recovering in the past day.

He said 41 percent of cases were travel-related, 44 were related to close contacts and 2 percent were community transmission. Thirteen percent were still under investigation.

There are still 12 clusters, the three largest are the wedding in Bluff with 87 cases, Marist College with 84 and Matamata with 66.

Despite the drop in new cases, Prime Minister Jacinda Ardern made it clear the lockdown will not end before the four-week period is up.

She said any decision on changing the country's alert level will be made on 20 April, two days before the four-week lockdown ends.

She said this meant businesses will have two days to prepare for any move into alert level 3.

Ardern also announced that from midnight tonight every person arriving in New Zealand will have to go into compulsory quarantine as a measure to try and combat Covid-19.

They will need to go into either quarantine or "managed isolation" at an approved facility provided by the government for a minimum of 14 days.

Ardern said even one person slipping through the cracks and bringing the virus in could see an explosion of cases.

Dealing with flareups after the lockdown

Big questions remain about how the country is going to be able to stamp out flareups of Covid-19 after the lockdown.

Experts agree rapid mass tracing of all a sick person's close contacts is the most vital weapon against the virus - and that tracing is far easier when under lockdown.

The Ministry of Health says it can trace 700 close contacts a day, a tenth of what some epidemiologists say is good enough.

Ardern and the Ministry of Health both said the government was looking at technology options.

Ardern also said the Ministry of Health is working on a locally developed app to improve the tracing of the contacts of Covid-19 cases.

The police are staying tight-lipped on where road blocks will be placed to prevent non-essential travel this Easter.

Media have been invited to visit some of the weekend checkpoints, starting Friday in Auckland and Christchurch.

A police spokesperson says that for operational reasons they can't provide details on where checkpoints will be placed.

But one checkpoint has already been set up north of Wellington, and police near Murchison have already been turning back motorists trying to leave their region.

A man was sentenced to three months in prison for spitting at police officers.

The man appeared in the New Plymouth District Court today on a charge of aggravated assault, to which he pleaded guilty.

Police said in a statement the man had been onto several private properties and was located by police staff nearby.

When they were dealing with him he became aggressive and spat at them, police said.

Among other updates, two nurses at Waikato Hospital have tested positive for Covid-19.

Waikato DHB said the nurses, who work in the same ward, were stood down immediately on developing symptoms.

Fraud charges are on the cards as complaints by workers in lockdown over their employers pocketing the government's wage subsidy are now being probed.

Ministry of Business, Innovation and Employment spokesperson Stu Lumsden told Morning Report the body was assessing 291 complaints so far and that prosecutions for fraud could be on the cards for companies found pocketing money.

The nationwide move towards distance learning for students from next week will highlight inequities among children in New Zealand like never before, educators say.

As schools prepare for the start of Term 2, staff at low-decile schools say many of their students will miss out on learning online because they don't have access to a device or the internet at home.