New Zealand's largest export industry has taken a massive hit from the Covid-19 crisis, but some high-end tourism companies are now looking at a market closer to home in order to keep the doors open. 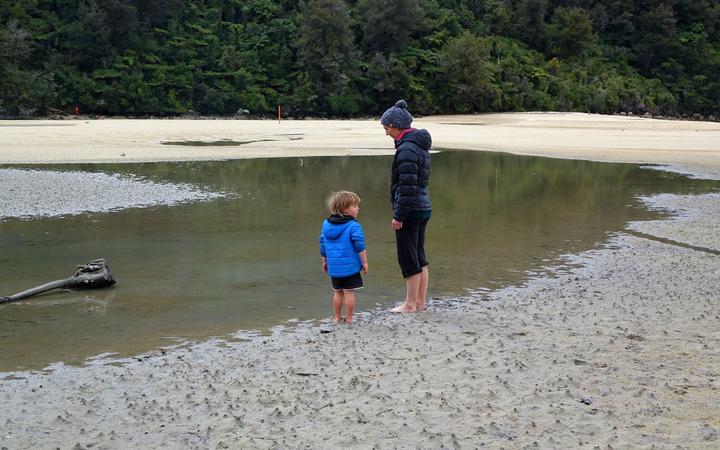 A mum and toddler in the Abel Tasman National Park where it's expected more Kiwis will get the chance to see. Photo: RNZ / Tracy Neal

Luxury lodges and retreats were planning to throw out the welcome mat to more Kiwis once able to venture out again, and with the means to take a holiday.

Tourism Industry Aotearoa saw it as potentially able to save many jobs in the sector.

Bob Haswell has been in the luxury accommodation game for close to 40 years. The former owner of a luxury fishing lodge, who now operated a private retreat in the Tasman District, was under no illusion that the disposable incomes of New Zealanders had been hit drastically, but he was optimistic about recovery.

He has weathered global downturns brought about by serious events in the past, including the September 2001 terrorist attacks in the United States, preceded by fears over the millennium bug, when tourists were afraid to fly. 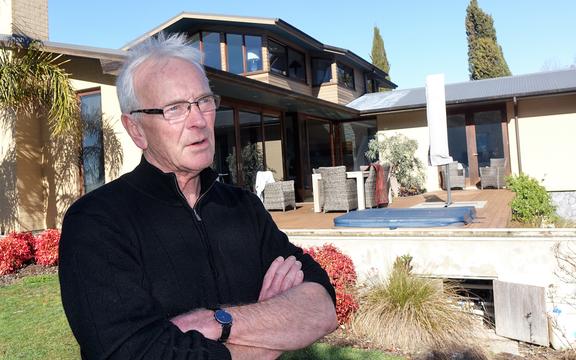 Haswell conceded this crisis was different because of the potentially longer term effects, but the attention was turning to a captive market: Potential guests already here.

"At the moment, tourism in general in New Zealand is worth about $41 billion per annum.

"Twenty three billion of that is from people travelling around their own country. I do believe there are going to be a lot of Kiwis saying in future, 'I'm going to get out and have a holiday, and take the kids around New Zealand'."

Annual expenditure from international tourism was $17.2b, and $23.7b from domestic travellers.

The annual GST paid by tourists was $3.8b, including $1.8b collected from international visitors.

Tourism Industry Aotearoa chief executive Chris Roberts said New Zealanders' tourism spend was different to that of many overseas visitors, but Kiwis were the backbone of the industry.

Roberts said high-end specialised operators were critical to the country's tourism banner, but they would need to adapt if they wanted to attract more New Zealanders. 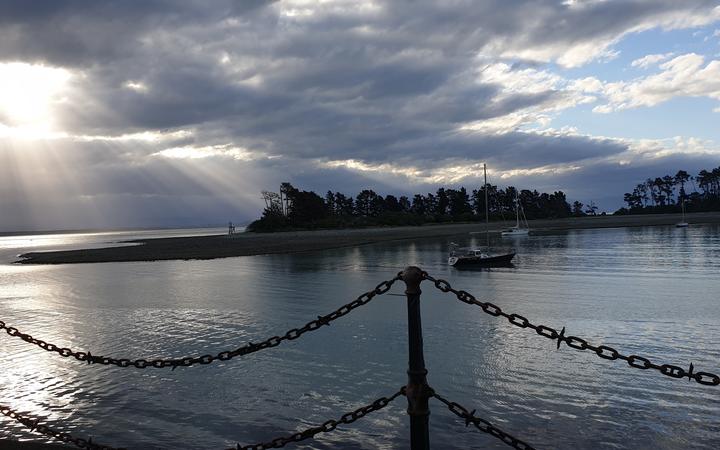 Based on 2019 figures, tourism employed almost 230,000 people directly and a further 163,713 indirectly in associated and support industries.

The chair of industry group, Luxury Lodges of New Zealand, said for many, annual winter closures had come early.

Chris Sturgeon, who was also general manager of Hapuku Lodge and Treehouses in Kaikōura, and used to operating under adverse conditions post the 2016 earthquake, said the current crisis was giving everyone time to think.

He said up to 20 percent of the luxury lodge sector business came from the domestic market, and they now hoped to build on that.

"Most of the lodges across New Zealand develop packages that focus on Kiwis going into winter and spring - things like 'stay three and pay two' is a classic one where you can stay for three nights but pay for two."

Sturgeon said it would cost more than a holiday in a motel, but likely less than a package holiday to the Pacific which until now, was the usual winter fare for holidaying Kiwis.

"To be able to escape, have some stunning food, some great company and stay somewhere just a little bit special - it's what people will be looking for when we come out of this."

Bob Haswell said he would likely shift the focus of his Ruby Bay retreat to market its proximity to a popular cycle trail in the Tasman District.

Retail travel company First Travel Group said it was taking a lead from Air New Zealand - which has said that once the lockdown was reduced and people were free to move about more, domestic travel would be of interest to most New Zealanders in search of a holiday.

General manager John Willson said the company was working on future campaigns with key partners to meet the needs of its customers to explore New Zealand.

"We believe it will take some time for governments across the globe to open borders again," he said.

One of the group's agents, Sue Ketel, said it was her wish that more New Zealanders got to appreciate their own country.

"We recently went to Vietnam for three weeks and when we got back the kids were asked what were the three things they appreciated most about being home.

"They said: 'being able to drink water from the tap, eat a green salad and know where it came from, and being able to flush toilet paper down the toilet'.

"We look at the fact we're in four weeks of isolation and we are actually really blessed with where we are and where we live."

Chris Roberts said another upside might be that Kiwis crowded out of hotspots by overseas visitors, might now get the chance to visit.