Multimillion-dollar plans to upgrade Picton's ferry terminal have opened for public feedback online and are likely be extended due to Covid-19. 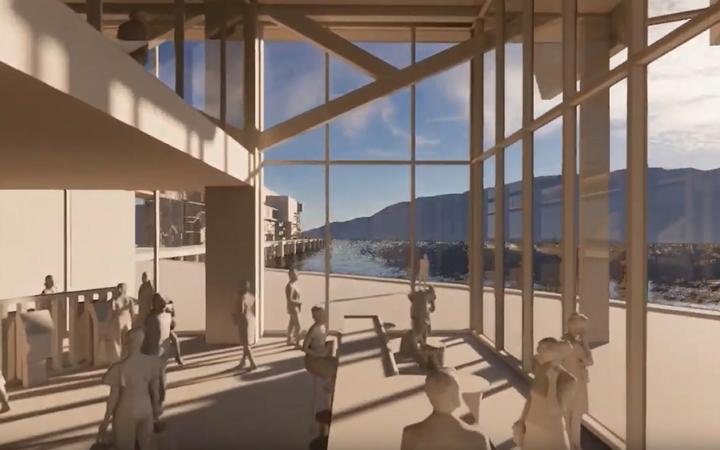 Marlborough's community had already been invited to discuss the project at the Picton Library and Service Centre last December, where businesses questioned how they would be affected.

A KiwiRail spokeswoman said on Monday the original plan had been two "open days" in for Picton and Blenheim, which had since been cancelled because of the national coronavirus lockdown.

The spokeswoman said the lockdown forced a switch to an interactive online platform, so people could still share their views and join discussions with the project team and others in community.

Brochures had been arranged to be mailed to all Picton and Waikawa addresses before the lockdown, although this had "understandably" been delayed. She said the drop could occur next week, but this depended on New Zealand Post's priorities.

"With the disruption to timelines, it's likely that there will be a slightly extended period for feedback than initially planned."

The consultation period was originally set to end on 19 April. 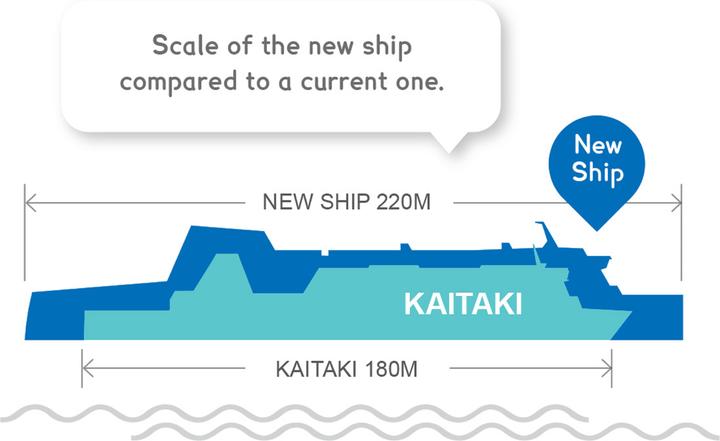 Several changes had been proposed to accommodate the two new ferries, set to be on the water by 2024, which could carry trains across the Cook Strait. The idea was to save rail cargo from needing to be unloaded then reloaded between islands.

First was a new Interislander building, which would offer ferry and rail passengers views over the Marlborough Sounds and "state-of-the-art check in" - although its size had not been determined.

A new 280m wharf would be installed, vehicle areas would be changed, and new jetties and seawalls would be put down.

Authorities were also looking at widening the rail corridor along certain sections, which could put trains closer to some properties.

They were also considering building a bridge over the rail line at Dublin St, to prevent motorists from spending up to an hour waiting on the road for trains to be assembled in the rail yard.

The government had allocated $35 million to towards the new Interisland ferries "to support a resilient and reliable rail freight system" in its Budget 2019, but no funds for future years.

The entire cost of the project was still unknown.

Despite recent discussions on a national dry dock in Cabinet late last year, the government's $8 billion infrastructure package, released in January, saw no cash set aside for the idea.

The largest New Zealand dry dock, built at the Devonport Naval Base in 1888, was too small to service larger vessels. It was estimated a new dry dock in Picton could create more than 100 jobs.

People could submit feedback on the proposed changes at irex.project.team@kiwirail.co.nz or 0800 639 33779. 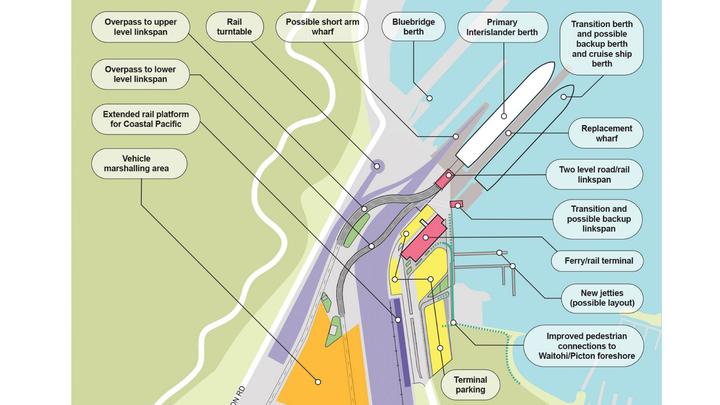