Increased testing will help health authorities decide how long the nationwide lockdown should last and what other steps are needed to prevent transmission, epidemiologist Michael Baker says. 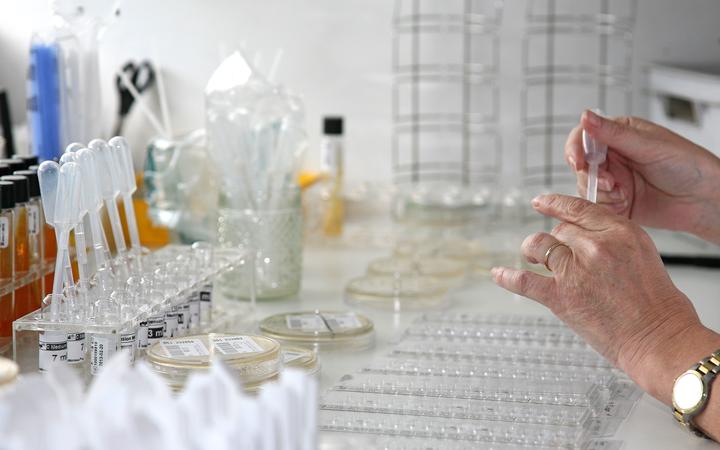 Prime Minister Jacinda Ardern yesterday said the criteria for testing had been widened to include people with Covid-19 symptoms but not necessarily a history of travel, or exposure to another case.

The previous criteria meant people needed to have travelled overseas within the last 14 days, or been in contact with someone who had, to be eligible.

Some frontline health workers are calling for further measures so that they can test patients themselves rather than having to refer them to designated testing stations.

Health Minister David Clark told Morning Report there was capacity for 3700 tests a day and that was expected to go up by another 500 in the coming week.

As of yesterday 21,384 tests had been carried out.

Baker said testing had already ramped up from a low base.

"That's a huge achievement and it's a real tribute to the laboratory scientists in New Zealand who are working day and night on this.

"The government's signalled a move towards doing around 5000 a day and that would put us into a very good position. We may need to do more."

Identifying and rapidly isolating cases in the community and tracing contacts was key to containing and eliminating the virus in New Zealand, he said.

Increased testing also gaves much-needed information on the level of infection and whether there were regional hotspots.

Information from a greater number of tests would help decide whether there the lockdown should be longer than four weeks, Baker said.

"We'll see numbers rise quite dramatically as we test more.

"I think we should all be prepared for that.

"That's going to be a critical message about how long we need to keep the lockdown happening."

Once there was an idea of the level of infection among those with symptoms it would also be possible to work out other measures to prevent transmission from people with very mild symptoms.

"The hope is we caught the pandemic just in the nick of time in New Zealand."

Clark said the change in testing criteria was recommended yesterday by a group of technical experts.

"That group has epidemiologists, medical experts and infectious diseases experts and taking guidance from them has served us well so far.

"We specifically asked that they revisit this criterion because we were getting anecdotal reports of clinicians reluctant to apply the clinical judgment that was supposed to be the overriding factor in the previous case definition. This makes it completely clear that if there is any clinical concern they should do the testing."

"We need to continue to ramp up our testing and we are. We're ahead of where other countries were in the same place on their epidemiological curve," he said.

"There's no point testing people who don't have symptoms who are unlikely to have the illness."

He would not say whether there were plans for health workers to go out into the community to proactively test people for Covid-19.

Clark said there was 533 fully staffed ventilator capacity. Another 200 ventilators have been ordered, expected to arrive next month.

Clark said the ministry was also in talks with private hospitals as they look to "spread the load".

"We are doing our best to contain the virus and make sure that we are in a situation as a country where we have the best chance of eliminating it."

Parliament's Epidemic Response Committee met for the first time yesterday and is meeting again today to scrutinise the government's handling of Covid-19.

The committee is chaired by National Party leader Simon Bridges.

"I think it is achieving its purpose which is constructive scrutiny that improves the government's response," he told Morning Report.

Bridges said he was pleased that issues about community newspapers and the need for increased testing had been raised.

"Our committee played a role in that, whether they'll have scrutiny on the issue of testing ... we've seen some change here."

After the meeting yesterday the government announced wider testing criteria, he said.

"So broadly speaking, it is working as intended. Yesterday was about health, and clearly, that will be a dominant thing," Bridges said.

He would like to see more tests, despite Director-General of Health Ashley Bloomfield telling the committee that just running tests on those without symptoms risked returning false-negative results.

"I would take the other point ... it is still far more powerful to test and get the positive positives if I can put it that way, than to be hung up on the false negatives, and I think that is a position I would take."

"Ultimately to get through recovery and get out on the other side ... we need the more comprehensive lockdown - now. Otherwise, we run the risk of having this be worse for longer ... we just don't want that."