A woman considered high-risk of having Covid-19 is calling for the deployment of mobile diagnostic teams after struggling to get tested following a trip to Southeast Asia.

The Whangarei retail and hospitality employee, who did not want to be named, told RNZ it took nearly a week to get tested for the respiratory illness and that the process needed improving. 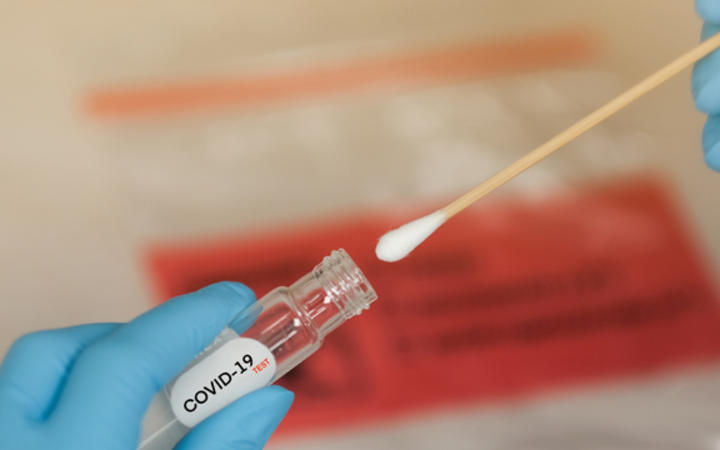 She said confusion among health practitioners over the correct process of getting tested, as well as huge waiting times for the coronavirus Healthline and repeated cut-offs, had caused stressful delays.

The woman arrived back from Thailand and Laos with her 17-year-old daughter on 10 March, before the requirement for those arriving into the country to self-isolate for 14 days.

The following day she went back to working two jobs, and her daughter attended school.

"There was still very little fuss in New Zealand at this stage," she said. "I worked three days in retail and then two long days behind the bar at a darts tournament with competitors from all over the North Island."

She became mildly symptomatic within days, including a dry cough, but assumed it was a reoccurrence of a prior cold that disappeared while on holiday.

But by Tuesday 17 March, the 42-year-old began experiencing breathing difficulties.

"I suffer from very mild asthma and have an inhaler although very rarely use it. I was having difficulty breathing in and started using it several times a day. On Tuesday night I messaged my boss, asked what she thought and she told me to come to work. In hindsight, I wish I had decided there and then to self-isolate, but I didn't really think anything was wrong."

For the next two days her symptoms got worse, prompting her to call Healthline on Thursday 19 March.

"I waited for one hour and 40 minutes before I spoke to someone, who took my details," she said. "She talked to her supervisor before telling me to make an appointment to see my GP. She told me to tell them that I was low risk, but I needed an appointment to get tested."

The woman took time off work and rang her GP on Friday but, after being put on a triage list, she was contacted and told she needed to arrange a test through Healthline.

"I told them that the helpline said the GP would do it. I was told that was wrong and that I had to talk to the helpline for an appointment.

"So, I phoned the helpline back and after another 40 minutes got through. I told my story and they said, no, they didn't make appointments. I asked if I could just go and stand in line at the testing station down the road from me and they said 'no, that wasn't safe'. They promised that someone would phone me back and tell me my options. I never heard back and had no missed calls all day."

She said she rang again on Saturday, twice, but there were over 200 people waiting in line each time.

"It was stressing me out so I gave up for the day," she said.

"On Sunday, I tried on and off throughout the day, hanging up if there were more than 180 people in line. I got disconnected once and gave up again."

On Monday 23 March, she tried again, and said she spent hours on the phone, determined to get through and get tested.

"I keep imagining all the older people I served on those five days I worked, that I could have passed it on to them. I got through to someone and immediately was disconnected… This happened three times before I was finally able to speak to someone."

She was then told to stand in line at a temporary assessment centre at Grant Street, Kamo near her home, which by that stage had been discontinued. It meant the nearest community-based assessment station was 7km away at Semenoff Stadium.

"I don't drive and using public transport with symptoms of Covid-19 seemed ridiculously irresponsible," she said. "I'd normally walk 7km with no worries, but my lungs were my main concern and I knew I couldn't do it. They weren't really sure what to do with me. But surely they had lots of older people without transport who needed to get tested."

The helpline operator assured her someone from Northland District Health Board would contact her. Within 30 minutes a district nurse rang and said her GP could not deny her a test and that she would ring the practice and inform the clinic a test was necessary.

"I was so impressed with her. She was clear, concise and effective. I think the DHB in general handled me really well," she said.

However, she then spent the rest of that afternoon trying to get hold of the GP, unsuccessfully. "I never got through and gave up at 5pm, but I felt more hopeful now that the district health nurse had done her thing."

On Tuesday 24 March, after getting through to the GP clinic, she was told there was no message from the district health nurse.

Within hours the woman was contacted with strict instructions to meet a doctor at the back door of the clinic the following morning.

"On Wednesday, my daughter and I waited at the clinic's back door for twenty minutes before the doctor and his nurse appeared in PPE gear. The doctor asked us a few questions about our symptoms and our travel.

"He struggled to take my blood pressure whilst keeping his little machine safe in a rather bulky plastic bag - it felt clear to me that they didn't have the gear they needed. We stood outside with cars driving past and people walking by, taking great interest in the PPE-clad doctor and nurse with us. I didn't mind. We were finally being tested.

"The doctor then tells us that we're 'high-risk' and hopefully our nose swab samples could be fast-tracked, but not to expect any results for four-to-five days."

The Northlander's symptoms have remained the same. Her daughter only has a dry cough. "My breathing is still rough and the cough is still dry and persistent," she said.

The woman said improvements were needed to make testing easier for others yet to come forward.

"I think the testing system definitely needs improvement. I know I'm a bit of an exception to the rule because I don't drive, but lots of people don't drive for lots of reasons.

"Perhaps there needs to be a mobile unit doing the rounds, or perhaps the GPs are more educated and prepared to deal with people who need this service from them, as they seemed at a bit of a loss as to what to do with me. I felt sorry for them. There are going to be many more people needing to be tested over the next few weeks."

The woman said she was lucky to have a good support network while in self-isolation and was thankful to have made it back home before the current travel chaos made it impossible for other Kiwis to do so. She felt annoyed with herself for not self-isolating sooner.

A Ministry of Health spokesperson told RNZ: "Many community testing centres are operating around the country now in an attempt to ensure they are accessible to all. There will always be exceptional circumstances, as in this case where the person doesn't drive."

In a statement, National TeleHealth Service chief executive Andrew Slater said that around the time the Northland woman arrived in New Zealand, people from Thailand and Laos did not need to register for self-isolation and she did not meet the case-definition for a test.

"It is an evolving situation and the Healthline team are keeping up to date with developing information," he said.

He said Healthline was now getting more people to staff phones and that since the start of March the service had dealt with 166,000 calls about Covid-19.

In the past 10 days the organisation had employed and trained 600 extra people, including 100 new work-from-home staff. He added that five new contact centres had been established.

"We've been working day and night with Spark to deliver a five-month technology project in just seven days. This makes our infrastructure six times bigger so fewer people get cut off."

Regarding protocols for testing and contact with GPs, Slater said Healthline did not arrange appointments.

"One of the ways Healthline supports the Covid-19 response is to advise people on the location of the Community Based Assessment Centres (CBACs) where testing is done and which centres require appointments. The list is updated often and we update our frontline teams when we receive it.

"Healthline cannot make an appointment for someone for testing. If our clinicians assess that a caller should have a test, we provide the CBAC details but we do not make appointments. We also don't have access to test results."

It would also mean health authorities would have a better handle on numbers infected in the community and allow the government to better determine when the lockdown could end.

Today Prime Minister Jacinda Ardern told a media briefing 21,000 tests had so far been carried out, but more capacity was needed.

She said not enough was being done to get a true picture of virus' spread, including the rate of community transmission, and that people would no longer have to have the travel history, or a known close contact, to be eligible for testing.