New Zealanders living in Australia who have found themselves out of work because of Covid-19 have received some welcome news. 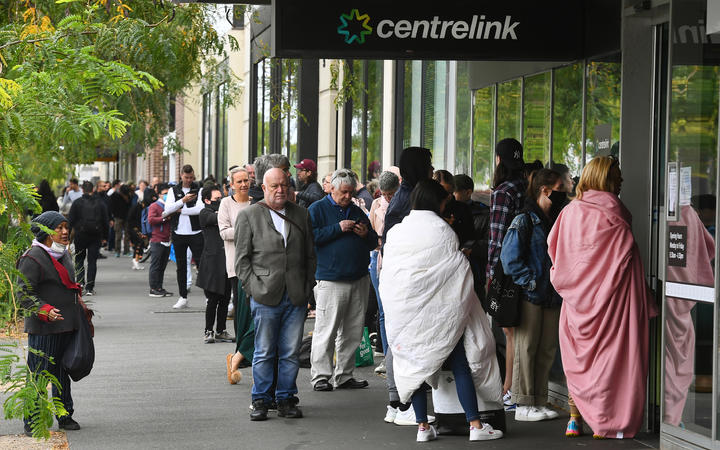 The Australian government has included them in its JobKeeper subsidy scheme.

It followed a plea last week from Prime Minister Jacinda Ardern for her Australian counterpart Scott Morrison to help an estimated 300,000 New Zealanders who were not eligible for any sort of benefit.

Many of them were staring down the barrel of being stranded in Australia with no job and no money to pay for rent or food.

The $1500 a fortnight JobKeeper payment is part of a $A130 billion economic stimulus package which was announced on Monday.

The money is available to employers who undertake to keep somebody in their job..

The fact it would also be available to New Zealand citizens was welcome news to Melbourne chef Chris Ashton, whose boss was only able to pay him up until the end of next week.

"Overwhelmingly relieved. You know, I feel like I can make a plan going forward now, where before there was just no plan, there was just wait and see."

Ashton said the $A1500 would allow him to continue living until his restaurant re-opened.

He said making New Zealanders eligible for the scheme was the right thing to do.

"We come here to work. We didn't come here to get benefits or anything like that. We came here to work and yeah, we are good workers. You know, my boss really wants to keep me. My boss is very concerned to have me here on the other side when we reopen, when this is all finally, over."

However not everybody would be helped.

Out of work New Zealander Matthew Cotton only started his job as a chef on the Gold Coast in January.

The scheme is only open to those who had been in their job for one year or more.

"It's not like we haven't worked other jobs, we've been employed before...it's a bit unfortunate."

Just like the 300,000 of his fellow countrymen living in Australia, Cotton was not eligible for a benefit.

He could access his retirement savings, but said this was only a short term solution.

His dream of working in Australia may now be over.

"It's something that's kind of in the back of my mind. I don't know how long the quarantine will last for but maybe once it's all said and done, I might consider coming back to New Zealand."

The OzKiwi group campaigns for fairer treatment of New Zealanders across the Tasman.

Melbourne-based spokeswoman Liza Cox said there were a lot of desperate Kiwis out there wondering how they were going to make ends meet.

"A lot of terribly distressing situations where people are only going to be able to survive for a few weeks without any sort of assistance and they're looking at eviction and not having any money to put food on the table, they can't access any form of government support. These are really dire situations."

Cox was sure Ardern's plea last week had made a difference in New Zealanders being included in the JobKeeper scheme.

"I would say definitely it has, just the fact that she has been reiterating that Kiwis make the best migrants, they easily assimilate, they give back to the community in multiple ways. Just quiet diplomacy to keep the pressure on."

Cox said the one month wait for the payments to kick in would be tough for many but was glad that for now those renting were not allowed to be evicted for not keeping up with their rent, and could instead use that money for food.