A former flight steward half way through training to become a pilot says he remains focused on that goal, despite the huge shift in aviation because of Covid-19. 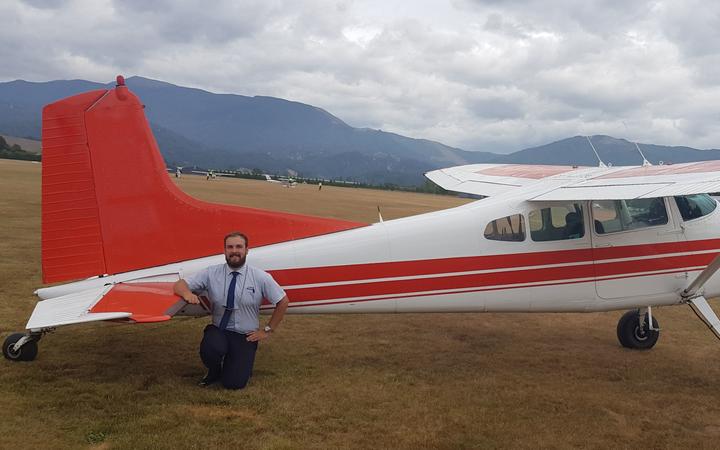 Airlines around the world have shed thousands of crew as the effects of Covid-19 hit the aviation sector hard.

The CAA said private plane trips were now all grounded but pilots who flew light aircraft for essential services including the transport of food and medical supplies transport could still fly.

Mac McCardle was looking at investing upwards of $100,000 to become a commercial pilot, and he was not about to back down.

The 24 year-old student pilot at the Nelson Aviation College in Motueka hoped to ride out the current downturn, but he was not sure the industry would return to pre-pandemic levels.

He said most of the aviation community had risen to the highly unusual challenge as best it could, and the school he was at had quickly adapted.

Nelson Aviation College chief executive Giles Witney said theory courses had moved to online learning, as a way to support students as best as it could.

McCardle was more than half way through studies towards gaining a commercial pilot licence and a Diploma in Aviation. He had already completed a private pilot's licence, as well as most of the theory for the commercial stage.

The course was about two years long, after which graduates spent a lot of time gaining relevant flying experience before any job was likely.

McCardle started in aviation as a member of the cabin crew on the Jetstar regional turboprop service, which was no longer in operation.

"It gave me a fantastic insight into what was required to become a commercial pilot, as well as offering some fantastic mentors among the pilots who worked there."

McCardle then moved to a cabin crew role with Air New Zealand before starting his pilot training.

His choice was driven by his fascination with aviation.

"It seemed like a challenge; it captured my imagination and it took me a long time to follow that dream.

"It's a massive commitment and becoming a pilot is quite an expensive endeavour so it took me a while to gain enough confidence to put the money on the table to move forward."

He was glad he had made the "leap of faith", even if at the moment it seemed a little up in the air.

McCardle was financing his training through savings and a student loan.

"I'm privileged to have those savings to rely on. I'm also receiving a student loan and where I can I've been working through the study breaks."

McCardle said he was hunkered down in his rental accommodation in Motueka with a fellow student pilot.

"We're all nicely locked down. The Tasman region is a fantastic region to be in a lockdown - the weather is nice and there are lots of places to go walking."

He was also helping to paint the house during the lockdown.

McCardle was less concerned about his future than he was for the pilots already in the industry, and now out of a job.

"Especially those with young families. For us, we have the flexibility to ride out whatever delays are imposed on the aviation industry. We've got age on our side to ride that out."

He said the future was unknown but it was "wait-and-see" before anyone could move forward.

McCardle's four years working among cabin crew on the domestic routes had swayed his preference for eventually flying in that sector.

"I like that lifestyle of work, but that being said, long-term perhaps international routes might interest me. Like all good things, you develop a taste for it as you go."

But he was not presuming the industry would look the same once the global community emerged from the current gloom.

"Like many big changes in the world I'm not sure if things will ever be exactly the same, but I'm hoping we can make the most of it and move forward, to be better than where we were before."

The Nelson Aviation College has moved its theory course online to support its students as best it can.