An Eastern Bay of Plenty iwi has asked the public to stay off its farmland at Ōhope, saying it has become "unmanageable" to have people crossing it during the lockdown. 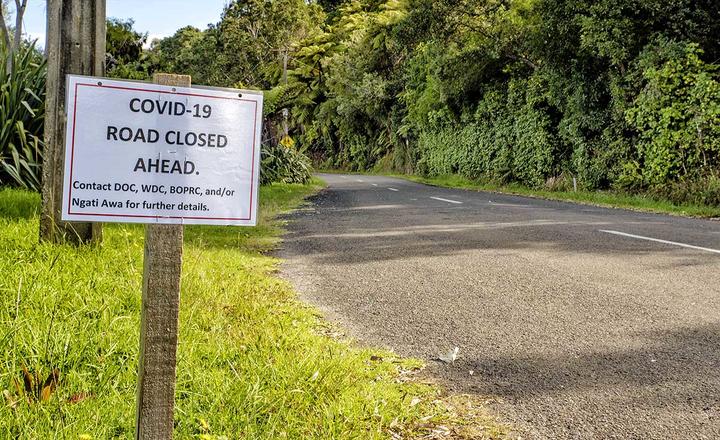 Ngāti Awa Farm - with the support of local police - has erected signs to ask the public to stay off its land during the lockdown. Photo: Troy Baker / The Beacon / LDR

Signs erected on Thursday stated that Maraetotara Road, which leads to Ngāti Awa Farm, was closed due to Covid-19.

The farm forms part of a network of both walkways and cycle tracks.

Ngāti Awa Group Holdings chief executive Tracey Hook said the iwi had support from the police and new signs would be put up.

"An unmanageable amount of people had crossed the land during lockdown," she said.

"The tracks (across the farm) are not two metres wide."

Whakatane senior sergeant Al Fenwick said there had been heavy traffic within the area which was not in the spirit of the nationwide lockdown.

"We will be keeping an eye on every area," Fenwick said.

"People need to stick to their bubbles and not go anywhere where there are lots of people."

Richard Hamer of Bike Whakatane Trust has asked his members not to ride across the farm during the lockdown.

He said as it was still a working farm, it would be inappropriate for members of the public to be opening and closing gates which would then be used by Ngāti Awa Farm staff.

Hamer has told people it is fine to cycle from Burma Road to Maraetotara as the road is wide enough to provide for social distancing.

He said people should also only ride within their own bubble.