Air New Zealand will continue to reduce staff despite the government's $900 million loan bailout during the Covid-19 crisis.

Chief executive officer Greg Foran says 30 percent of the workforce will not be needed. 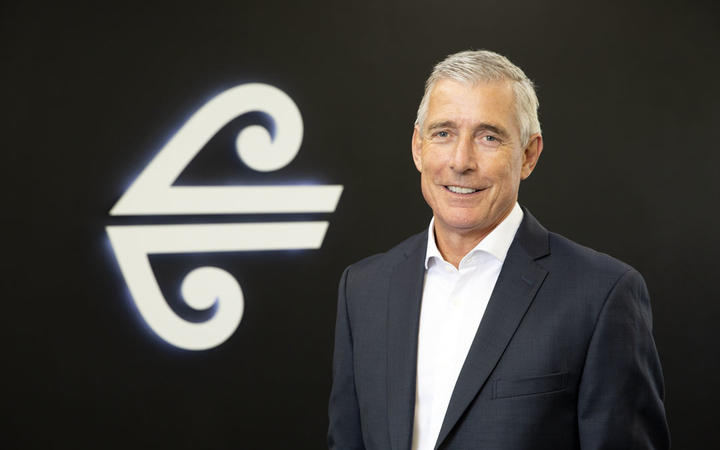 His comments come after the government announced this morning that it was stepping in to help protect Air New Zealand from the turmoil caused by Covid-19, providing up to $900 million in loans.

Foran said the total number of Air New Zealand flights had fallen from 3600 a week to below 1500 because of the Covid-19 travel restrictions.

Air New Zealand has cut its international capacity by 85 percent and is also reducing domestic capacity.

The airline's share price also slumped by 34 percent as it resumed trading after a four-day halt.

Foran said the airline is working with four unions and looking at staff options to reduce airline staffing by up to 30 percent of the existing 12,500 staff. Options include leave without pay, working part-time, taking leave, voluntary exit and redundancies.

However, Foran said some staff could be redeployed to help the Ministry of Health in combating Covid-19.

Asked if it was discussing pilots' pay, Foran said the Board of Directors had taken a 15 percent pay cut and it was holding "discussions on what we do elsewhere".

He said not all airlines around the world would survive the downturn due to the crash in travel caused by virus.

He also said the airline was ready to discuss with the government if it needed to organise flights to get Kiwis home.

The airline is flying out of the USA and Australia.

But in Asia, Foran said get yourself to Hong Kong and Singapore.

"But if it is obvious that there is a need for flights from other places to help bring Kiwis home, then we will absolutely discuss that with the government and provide support."

Meanwhile, the New Zealand Air Line Pilots Association (NZALPA) are appealing for help, warning more than 400 New Zealand pilots are about to "fall through the gap".

"New Zealand is in real danger of losing highly trained and specialist professional pilots. This will happen if they are forced to go overseas and work for airlines in recovering offshore markets if there is no employment incentive to stay," Ridling said.

He warned that with both these airlines grounding their entire international operations, the livelihood of pilots was now "in jeopardy if they remain in New Zealand".

"Neither Canberra nor Wellington are putting steps in place to support these highly trained and dedicated professionals.

"While we understand the pressure New Zealand is under at the moment we will suffer even more economically if we lose these extremely valuable employees," Ridling said.