A man with weapons who scared staff in a Wellington hotel has been arrested by armed police. 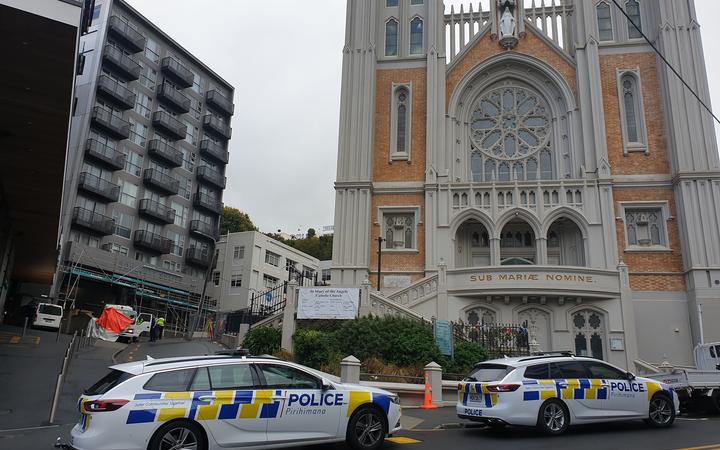 Police are investigating an accident in which a man was crushed by a truck on Boulcott Street this afternoon. Photo: RNZ/ Karoline Tuckey

Staff at the Mercure Hotel on Victoria Street called police when the man was found with weapons, and behaving threateningly.

Marco Brambilla, who saw the incident from a nearby apartment, said about six police officers arrived suddenly, shortly after 1pm.

"We saw the police arrive, and go in, and they went right back to the car and got the rifles, and we could heard them clicking, like when a gun is loaded.

"Two of them came back with a man between them, he was handcuffed and he started screaming. And we saw one of the officers going back to the car holding a big knife - it was huge, maybe a machete." 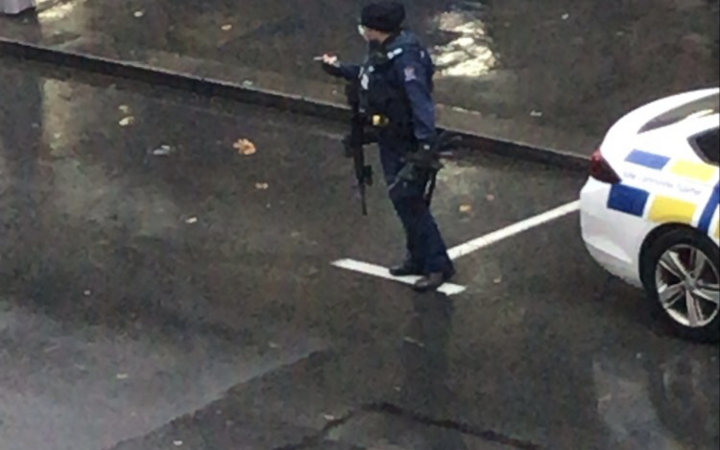 Police said they received reports of a man behaving aggressively and threatening to damage the property. One person was taken into custody.

Meanwhile, a block away, police had cordoned off a side alley off Boulcott Street, where a person was hit and crushed between a truck and a wall this afternoon.

Officers are working at the scene, where a tarpaulin sits over the front of the light truck, between a church and apartments.

Police say the man died at the scene.

WorkSafe has been notified and the death has been referred to the coroner.