Police Commissioner Mike Bush says there have already been people not complying with the lockdown orders in place to combat the Covid-19 pandemic. 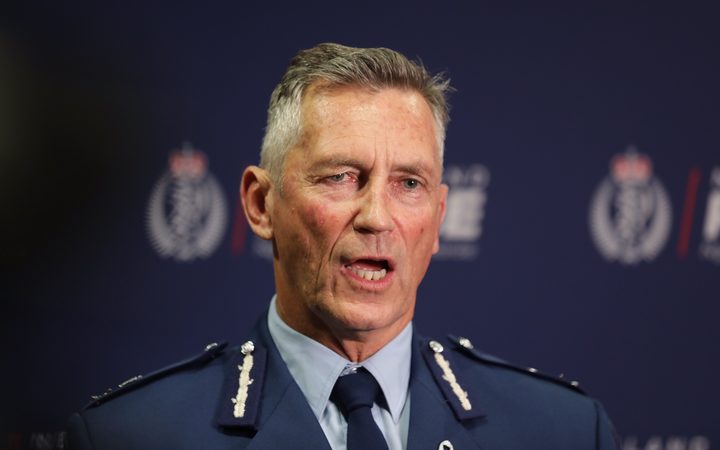 At 11.59pm yesterday, the country moved into alert level four for the response measures to the novel coronavirus, effectively bringing into power a nationwide lockdown.

Police have the power to order any person to stop any activity that contributes to the spread of Covid-19 and can call on the military for support.

While there were no arrests in relation to the lockdown, Bush told Morning Report police had been out and about overnight to ensure that people were complying with all rules.

"There were people who weren't complying already, we've engaged with a few of those, given them some advice ... you won't believe it but some people were saying they were unaware of these conditions," he said.

"People were out driving around, just having fun, people were visiting ATMs, things like that."

He said anyone found to be in these circumstances would be met with the "friendly face of police".

"We'll be ensuring people comply because if they don't people will die, it's as simple as that."

If essential workers were heading to work it pays to carry their ID, he said. While they don't anticipate setting up roadblocks, police will be present on road sides.

The entire country was being monitored, but if any specific areas or regions were found to have increased activity then police would deploy teams there, he said.

"The powers ... also authorise us to go into places, so if we suspect there are gatherings inside places we're [usually] unable to go in there, we'll be doing everything we can to ensure people comply."

Bush said the majority of New Zealanders were already abiding by the rules but those who do not face consequences, which include a warning at first, and could escalate to an arrest or prosecution for persistent offenders.

"I think the public want that - they want others to comply because they're really worried.

"The first thing people should do is encourage others, if there is any ignorance out there, clear that out first. If people are just not complying and you are concerned about them, there are places to go; [NHCCselfisolation@health.govt.nz is the email], they get referred to us."

Police were also monitoring any potential increase in crime, he said.

He said their family harm and domestic violence partner agencies "definitely believe there will be a spike" in incidents, but they will continue to work alongside them.

He encouraged people to do their best to look after each other and be calm.

Bush said he was in regular communication with the Chief of Defence and had several hundred staff ready to go if and when needed.

However, he expected defence staff would mostly be accompanying police for foot patrols.