A number of Pasifika businesses will be setting up their stalls outside of central Auckland today, despite the cancellation of Auckland's Pasifika Festival. 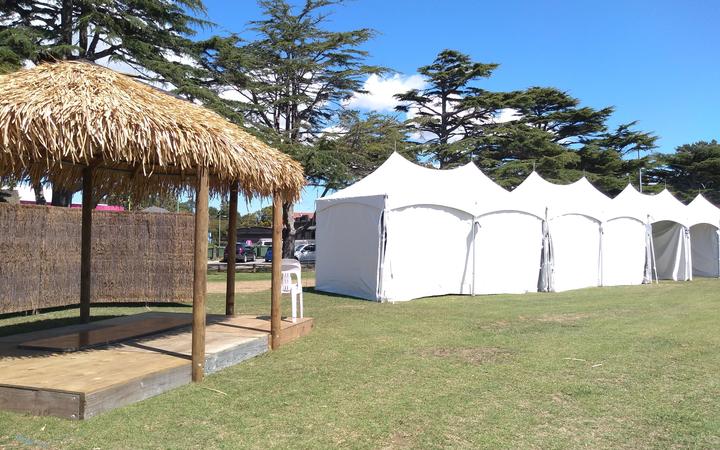 The decision to not go through with the event was made yesterday due to fears about the spread of the Covid-19 coronavirus and its impact if it reached Pacific Island communities.

That decision has prompted an outpouring of support for the affected businesses.

The Pacific Business Hub in Manukau announced they would be opening their doors, with some of the vendors who were meant to be selling their wares at the festival now invited to set up shop at the Hub.

About 18 stalls can be accommodated within the hub and an additional four outside. Businesses are being charged a small fee to help with the running costs of the last minute event.

The organisation that manages the festival - Auckland Tourism, Events and Economic Development (ATEED) - said they were exploring additional options to help out the businesses, including getting them involved in other Auckland events and markets over the weekend like Ōtara Flea Market, Māngere Flea Market, and Siva Afi Festival at the Māngere Arts Centre.

The issue of refunding the $600 deposit each vendor had to put down would also be up for discussion.

"Our Pasifika team will be in touch with stallholders asap in the coming weeks to discuss stall fees refunds," he said.

In South Auckland, contemporary Pacific art gallery Vunilagi Vou will for one day be the home to several small businesses.

The gallery's artist-curator Ema Tavola said it was a huge financial hit to the businesses, many of whom flew over to New Zealand for the festival.

While her place is substantially smaller than the Business Hub in Manukau, she has offered up all available space to Pacific businesses.

She said she felt it was important to do everything she could to help Pasifika businesses make some money back.

"It's a hard blow for the Pacific community," she said.

"I think a lot of us, as Pacific businesses, are just trying to do everything we can to support our community, to try to make a little bit of money back, because it is just a huge investment to be present at that festival."

The cancellation of this year's festival was a decision made after advice that highlighted the safety of the Pacific countries that take part in the event.

Overnight, the Covid-19 Cabinet Committee met and considered the issue, and its advice was to cancel based on concerns from the Ministry of Foreign Affairs and Trade and the Ministry of Business, Innovation and Employment.

Tavola criticised the lack of consistency when it came to decision-making around which mass-gatherings would be cancelled, and which wouldn't.

"A lot of people thought Round the Bays was another big gathering of people last week [and] I understand there's an event happening in Kumeu in West Auckland. And of course, all the memorial activity over the weekend."

He said it opened up discussion of whether the cancellations might be partly race-based.