The cancellation of this year's Pasifika Festival in Auckland is expected to be a huge financial blow for some stallholders. 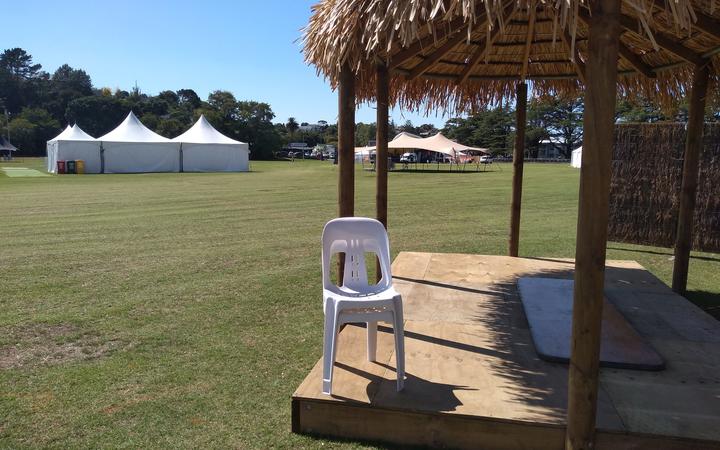 The 2020 Pasifika festival has been cancelled due to concerns over the Covid-19 coronavirus. Photo: RNZ / Amy Williams

Dutchie Low, from Hawaiian Pineapple Hut, said he found out about the cancellation on Facebook, which was then followed by a few of his friends who were also stallholders texting him about the new plan.

"I was shocked. After 12pm, the Auckland Council decide to send an email to everyone that the festival is cancelled, but by then it was old news.

"I totally understand why it needed to be cancelled, but I just wish they did not do it with less than 24 hours until the festival kicks off."

"I have got around $8000 of stock such as pineapples, watermelons and ice-cream just sitting here now, and I am unsure of what to do with it all because I can't return it back to the store."

"I did keep in touch with the council through email asking them if the festival will be cancelled because of the coronavirus and if so please give us enough notice so that we don't lose out financially, but they kept reassuring us that it will still go on."

Low said he did not buy his stock the week before the festival because he had a feeling there was going to be a cancellation.

"I had pressure from my supplier saying if I don't confirm my order, they will sell it, so I had to try keep my supplier happy, but at the same time trust the council's word that they won't cancel, even though I had my suspicions."

"I have a friend who was going to have a stall at the Māori village and she has $7000 worth of meat in her van. She was in tears when she heard the news."

Company director of a Cook Islands' clothing brand Mareko Island Creations, Mark Sherwin, said he had a feeling the event was going to cancel due to the Covid-19 coronavirus.

"We figured that there was a chance it was going to be dropped, but we still decided we'll come over to New Zealand. I mean it's a shame that it's cancelled, but we totally understand."

"Before the festival, we were pushing our products online to sell and now that is the plan - to do more of that - seeing we can't sell our clothing range at Pasifika."

"We have asked the help of the Cook Island community in Auckland to find alternative locations for us to sell at as another option to help clear our stock. We have around $1000 worth of clothing in New Zealand and ideally we don't want to bring it all back to Rarotonga."

"We have been a part of Pasifika Festival for over 10 years and so it is sad to see it not happening, but I am happy to see New Zealand take a stand because of the Covid-19." 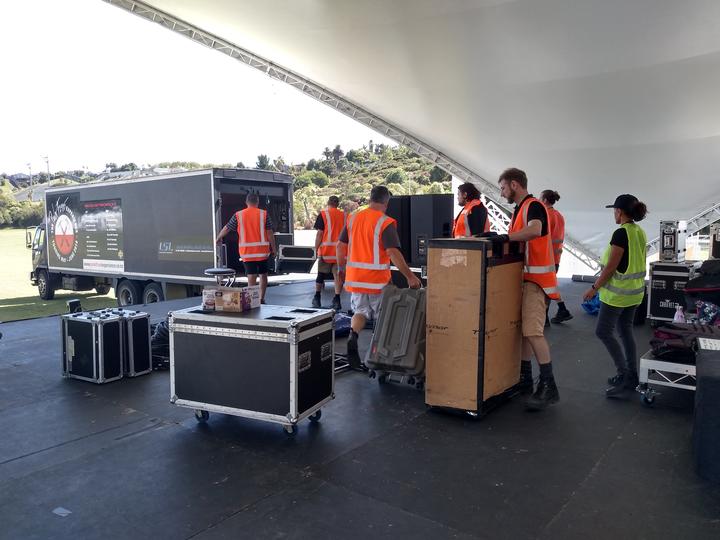 Meanwhile, the Pacific Business Hub based in Manukau City is opening its doors on Saturday to provide support to Pacific vendors left stranded by the cancellation.

"With continued vigilance, the chance of widespread community outbreak is expected to remain low. With that in mind, the Pacific Business Hub will open up its premises to hold a Pasifika pop-up market to allow our communities the opportunity to have stalls.

"We open our doors on the understanding that we are all responsible for our own health and safety at all times. If you have developed symptoms of fever, cough, or shortness of breath seek medical advice and stay home."

Sound technician Wiremu Paipa was doing sound checks this morning when they found out the event is cancelled.

"I was kind of shocked. We'd heard a lot of it [coronavirus] through the media and driving up from the Hawkes Bay we thought it was all go. It wasn't until today that we found out."

"Some of the guys had spent two weeks in a workshop preparing for what we need to do, talking to artists and promoters and arranging accommodation. The event on the day is really easy, it's the prep work that's the hardest."

Paipa is concerned about other events they are booked to set up that are likely to be cancelled or postponed due concerns about Covid-19.

"I've heard of a few up North and a few others down the line as well looking like they're going to be cancelled from other crew."

It is the second year in a row the Pasifika Festival has been cancelled, after last year's event was called off in the aftermath of the Christchurch terror attacks.

At the time, the festival's production manager Peter van Gent had stage gear waiting in warehouses to be taken to Western Springs.

This time round, his crew had already set up the three stages.

"Everybody's disappointed but there's nothing we can do about it I guess. We were basically ready, we were just starting the sound check. Nobody likes it but I suppose there's a bit of uncertainty and you can't jump up and down about it."

He has been in the business since 1979 and says this is a unique situation.

"I'm concerned, I've got lots of tours this year and I'll have to be making some phone calls."

'Safety of our Pacific neighbours'

The cancellation of this year's festival was a decision made by advice that highlighted the safety of the Pacific countries that take part in the event.

"If someone who has coronavirus was to attend and it was caught and taken back to the Pacific, it would be potentially detrimental."

"We don't want to be in a position where we are hosting an event here that could lead to the spread of coronavirus to the Pacific region."

Auckland mayor Phil Goff said the council was making decisions on an event by event basis.