Wellington Water will be crossing its fingers for good weather later this month as they attempt a crucial next step in fixing the city's water pipe network. 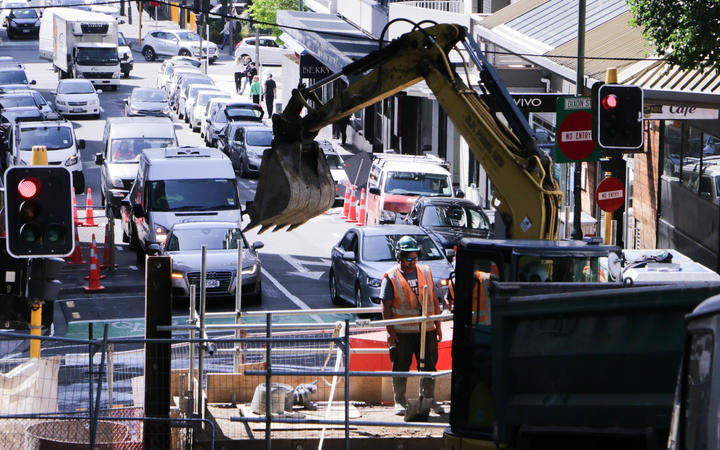 Contractors have been working to connect a major new wastewater pipe through Willis Street, after the original tunnel - which serves the entire central city - collapsed in December.

The failure sent millions of litres of raw sewage spewing into the harbour over several days, until contractors opened up an old 1890s pipe under the city.

An over ground pipe has since been carrying the sewage, and by the end of March, contractors hopes to have a new, underground pipe connected.

Wellington Water group manager Tonia Haskell said connecting this pipe to the network and decommissions the over ground one was the "last and most complex part of the job".

"We've been doing a lot of planning for this as it is risky and at all costs, we want to avoid spilling any wastewater into the harbour." 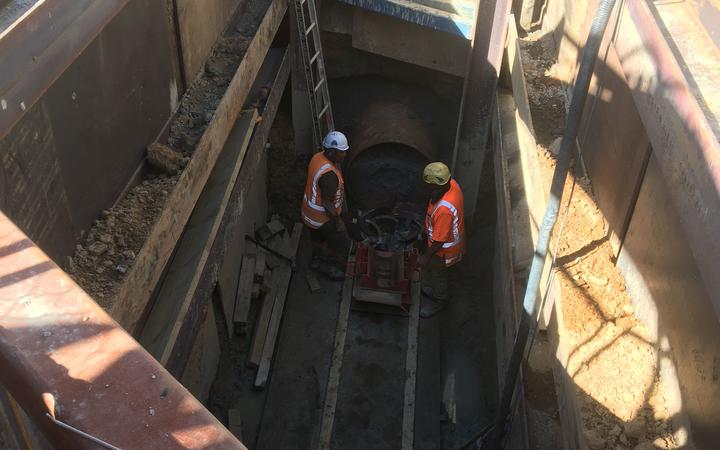 Haskell said there was a risk of overflow into the harbour if the work was attempted in heavy rain, so the work will only go ahead in dry weather.

"If we get heavy rain for example, we wouldn't be able to turn off the pump stations to disconnect the overland pipe due to the risk of overflowing in the harbour."

Contingency planning, include vacuum trucks, or "sucker trucks" had been done, as well as ensuring the old interceptor was clear to help manage the wastewater flows, she said.

She said the laying of the replacement pipe along Willis Street was being completed using trenchless methods at the Ghuznee Street end.

"To achieve this we will need to shut down the wastewater pumping stations close to the harbour that send flows up to and along the overland pipe.

"We need low tide, dry weather, low wastewater flows and ensuring that all existing city wastewater storage is empty so it can take the flow."

Haskell said all this is expected to take place in the week of 23 March.

This phase of the work is expected to take between six and eight hours, however, it will require Dixon Street between Willis and Victoria Street to be closed to through traffic for up to three days.

This was to allow the underground pipe to be exposed, the connection to be made, and then the road to be reinstated. One lane of Willis Street will then be opened for for local traffic, travelling one-way from Ghuznee Street entrance.

Once the permanent pipe is connected and the overland pipe removed, contractors will be brought in to reseal the road.

"We are talking with Wellington City Council now about reinstatement of the road, which we'd expect to take one to two days. The focus will then shift from Willis Street to laying new pipe in the adjoining slipway down the motorway. This is expected to be complete mid-year but will have minimal traffic impacts."

Meanwhile, investigative drilling work is being done to determine the best approach to sealing the tunnel at the separate Dixon Street site.

"Work to drill the final boreholes will continue this week and once that is completed, we'll be able to do a thorough geotechnical assessment of the ground conditions to allow us to complete design work," Haskell said.