The mother of a two-year old girl who the Crown says was killed by her father has told a jury she had been worried about his mental health prior to her daughter's death. 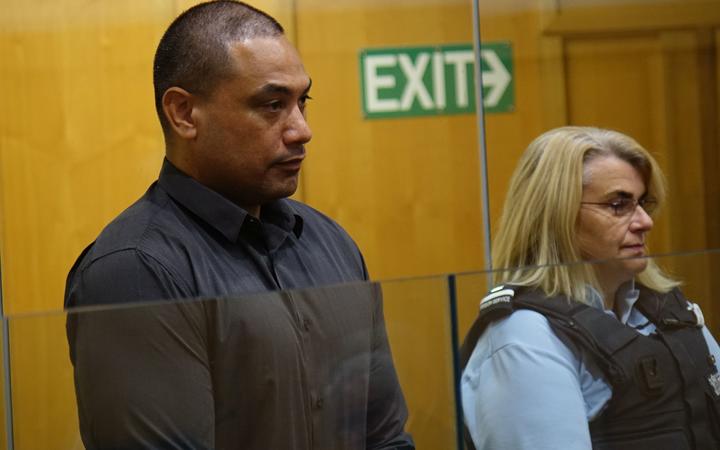 Tewi Savage, 34, is standing trial over the death of his daughter who drowned in the Rangitaiki River. Photo: RNZ / Andrew McRae

Tewi Savage, 34, an electrician, is on trial in the High Court in Hamilton for the murder of Arnica Savage in July 2018.

The Crown alleges he drowned her in the Rangitaiki River.

Savage went for a walk with his daughter down to the river to calm down after being in a heated argument with his partner.

Their relationship had ended three months earlier and it came only days after she told him she was seeing someone else.

Santana Moses said in the days leading up to Arnica's death she was concerned about Savage's behaviour.

''He said that Jesus told him to tell them (the children) that their mother loves them.

''He was telling me not to worry because he could see the worry on my face.''

Crown Prosecutor Richard Jenson asked her what her response was to him telling her not to worry.

''I said I worry about your mental health because you have the care of our children.''

Moses said Savage told her he was seeking God's love.

She said his mother believed there was a war going on between God and the devil for her son's soul.

''I vaguely remember her saying that they had to perform something that was like an exorcism.''

Moses said Savage had developed a big interest in Jesus and it had become quite heavy.