Some rain may have fallen in the north, but fire restrictions remain in place. 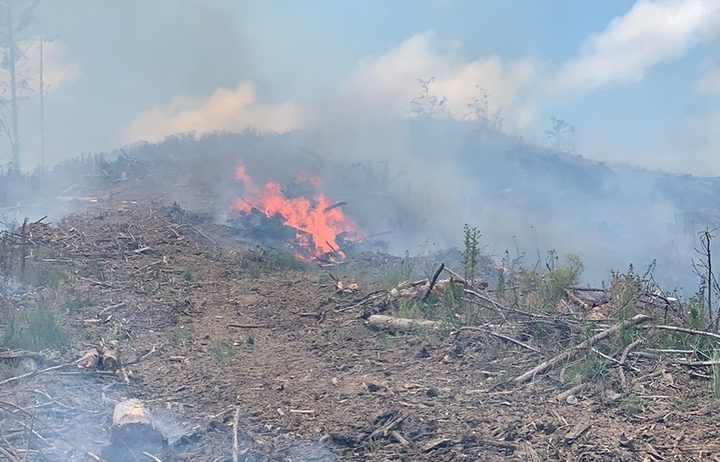 Last week a fire threatened at least 10 houses and investigations into an alleged freedom camper's fire are ongoing.

Dry conditions have led to droughts being declared from Northland to the Tararua districts this summer and Agriculture Minister Damien O'Connor said the government would likely declare droughts in other regions, too.

Yesterday, NIWA principal forecasting scientist Chris Brandolino warned the soil was twice as dry as usual for this time of year.

There have been more than 100 avoidable fires in Northland so far this fire season and Fire and Emergency are urging people to heed the fire ban.

"They tend to be doing them at night time hoping people won't see the smoke and call it in. That seems to be the trend over the last three weeks."

The consequences of breaking the fire ban include infringement notices costing between $1600 and $5000.

He said they would prefer if people just conformed to the fire ban.

People were burning household rubbish, he said, instead of disposing it at a tip.

"Most of it is recyclable. In Northland, it is free to recycle your rubbish. That's the disappointing part for us, a lot of the stuff that's being burnt should be recycled. That adds to the frustration for us," Taylor said.

"The fire danger still exists. People are seeing the rain and assuming the fire danger is lifting, but it is still very much with us."

"At the moment we are asking people to not light fires because there is still a lot of danger. We are chasing fires all the time."