Tom Marshall, who mostly worked with those recovering from bullet wounds and their families, said it was too soon to tell what the long-term mental health impacts would be.

But based on what he had seen with car accidents or violent crime, he said about 20 percent could experience problems. 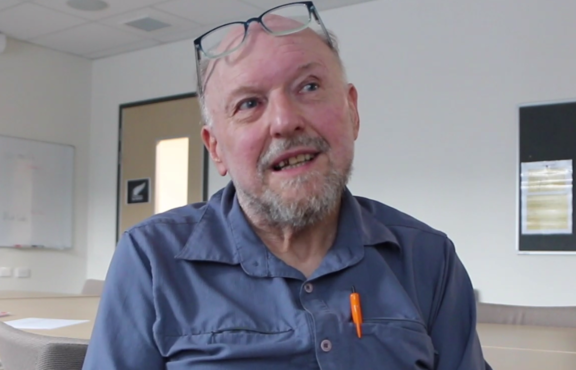 These include anxiety, difficulty managing emotions, and avoiding places, thoughts or discussions that reminded them of the shooting.

"And then I guess you have the recurrence of parts of the experience. So, the example of that would be that something would happen where they re-experience some extremely traumatic complex of thoughts, emotions associated with their experience and they may not be able to continue safely driving a car."

For some of the 48 survivors, the magnitude of what they went through was so great that they simply froze when reminded of the events of that day, he said.

Dr Marshall said extended family, many of whom have relocated here from overseas, had helped enormously in the psychological recovery of victims.

Their Muslim faith had also played a part, he said.

"Most of them have a discipline of prayer. So when we start talking about ways of managing pain and distraction and occupation and using imagery and changing one's thoughts by focusing on particular thoughts, which are all kind of treatments that we may explore with people, Muslim people can, in my experience, learn to do that very, very quickly."

However, he said making sense of what had happened was sometimes more difficult.

"It's hard not to be annoyed at the futility and stupidity of the actions ... a big part of this has been for the people who have been hurt to try and understand why it happened and what the motivations were."

He welcomed extra government funding for mental health including in Christchurch, but said a shortage of psychologists meant the system would continue to be stretched.

"It was evident when the government were elected that they were going to have real difficulties in fulfilling some of their promises and that was pointed out at a time by a number of senior colleagues," Dr Marshall said.

"There are increases in the number of people being trained but there will be a huge lead in time from whenever that might happen to when those people will be in the workforce."

He said the mental health impact of 15 March would be felt for many decades to come with PTSD sometimes not coming to the surface until much later on.

He worried about the reluctance of some cultures within the Muslim faith to talk about their mental health and the vulnerability of the many widows left behind, who may not be highly educated or have much English.