Renew Energy's plan to store 40,000 bales of waste would leave stink, attract vermin and be at risk from flooding, residents say. 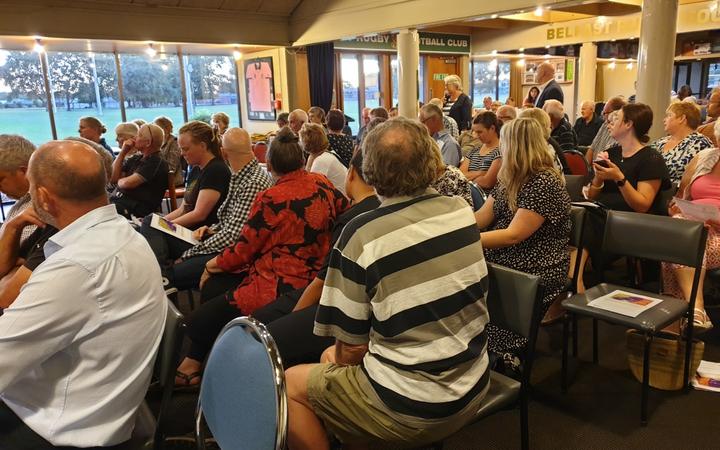 About 120 people showed up to the public meeting at Belfast Rugby Club. Photo: RNZ / Eleisha Foon

About 120 residents from Belfast and Spring Grove aired their concerns about the plans at a public meeting last night.

Renew Energy has filed a resource consent to Environment Canterbury to store 40,000 bales of waste in Belfast for five years.

The company plans to build the South Island's first waste-to-energy plant. It wants to use land at Blakes Road, Belfast, for excavation over an aquifer and to discharge contaminants into the air.

Residents complained the smell would prevent them from using their backyards and worried about what would happen if the site flooded.

The site is near a water bottling plant, a cemetery, a stream, houses, an empty industrial site, and a meat works.

During the meeting, resident Ann Sanders said she had visited bales on the outskirts of Christchurch in Spencerville this week.

"It smelt like hell ... some of those bales were broken into ... we're going to attract things like vermin ... I had my windows down and there were flies in my car," she said. 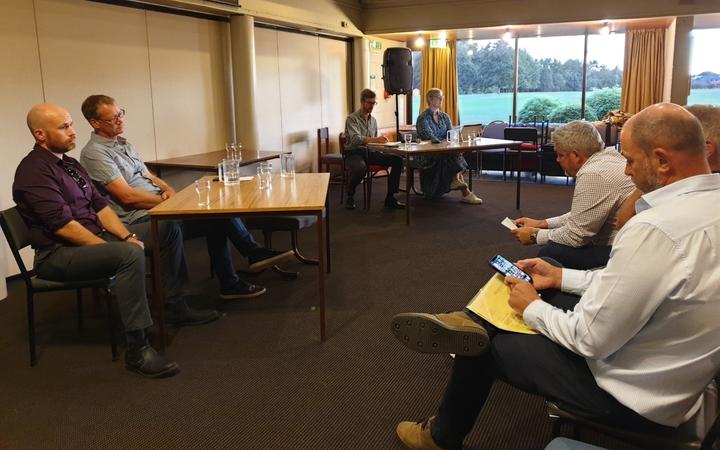 Other residents raised concerns about the site being near to the Kaputone Creek, which one long time resident said was a breeding ground for whitebait.

Waimakariri MP Matt Doocey led the public meeting, and said he was first approached by Belfast residents concerned there could be no public consultation process for the application but that approval could be granted within 15 days.

Doocey said there were "some very valid concerns whether it be the school close by or the cemetery."

He said Belfast was a "new and up and coming area, we have a new business park and suburbs ... people said enough is enough and we will stand up to this."

Residents also shared their frustrations over the "chequered past" of Renew Energy, with Environment Canterbury representatives admitting during the meeting the company "had changed directors and owners several times".

It was also the company's third attempt at resource consent after previously being denied it in two other regions.