Weekday surf lifesaving patrols have come to an end at some of the Auckland region's most popular - and dangerous - beaches. 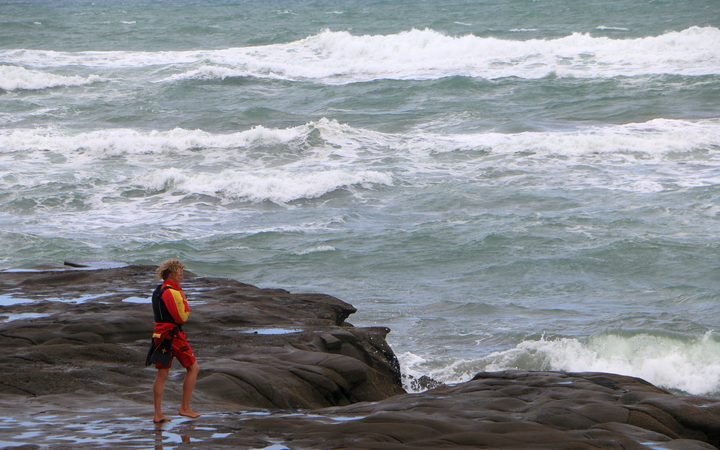 The paid lifeguard service did their final patrols for the summer at Muriwai and Piha on Friday, although weekend patrols by volunteer lifeguards will continue until Easter.

Surf Lifesaving Northern Region was warning surfers and other beach goers not to overestimate their abilities if they were heading to the west coast surf beaches during the week.

At Muriwai over the last three weeks, patrol captain Maysha Ahrens said 14 surfers and swimmers trapped in holes have had to be rescued.

"Conditions are particularly bad as the tide goes out because the currents get really strong and sweep people into these deep holes that open up all along the beach," she said.

"Holes are these patches of deep water where people can't touch the ground and there are no breaking waves to catch back to shore, so people just get stuck."

Most of those rescued have been surfers.

"Often you'll see a surfer just paddling and paddling to try to get out of a hole and it's like they're on a treadmill because they're not making any progress. If people are first-time surfers or have any doubts then please don't go out, because from next week we aren't going to be there during the week to rescue you," Ahrens said.

Piha patrol captain Jacob Rennie said holes were a big problem there too.

"If you get trapped in a rip or a hole the best thing to do is relax, lie on your back and raise one arm into the air to signal for help. Don't try to swim against the current as you'll just get tired really fast," he said.

"If you see someone in distress in the water then call 111 and ask Police for the Surf Lifeguards. This will activate the local Surf Emergency Callout Squad who can perform a rescue. The main thing is to keep the person in trouble in your sight so we know where they are. Don't go out and try be the hero unless you're a very confident swimmer, and if you do, make sure to take a flotation device with you."

Surf Lifesaving Northern Region operations manager Alan Gibson said this summer relatively low numbers of swimmers were getting into trouble, although a disproportionate number of fishers and surfers continued to get into strife.

"Most of that was down to inexperience in challenging conditions, or in the case of fishers not taking precautions such as wearing lifejackets," he said.