Cars on New Zealand beaches cause concern for lifeguards

Concerned lifeguards have called for cars to be banned from driving near the red and yellow flags on New Zealand beaches.

The Ministry of Transport say between 2013 and 2017, there were 75 car crashes on New Zealand beaches, with nine people killed and 47 seriously injured.In 2018, two beach goers were killed in separate incidents, including one case where a drunk Auckland teenager was doing donuts on a beach rolled his ute, killing a 17-year-old.

Foxton Beach Surf Lifesaving Club chairman Shane Parlato says there have been too many close calls on the beach, and it should not be up to lifeguards to police people's driving. 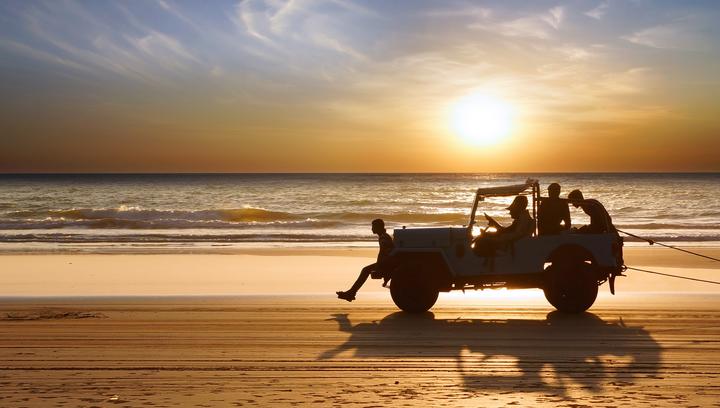