Reports of people harmed while taking epilepsy drugs is 30 times what it was before Pharmac switched thousands of patients to a different brand last year, as a sixth death is reported. 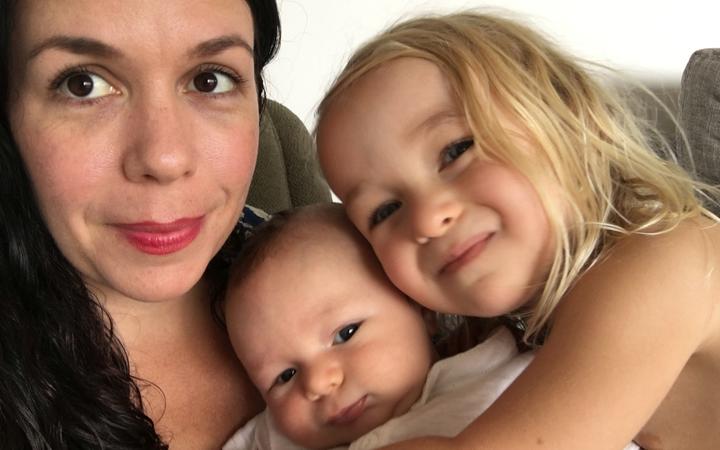 Arabella Gubay with her son Marlowe and daughter Matilda, who has epilepsy. Photo: Supplied

Pharmac has faced criticism over switching about 11,000 patients to Logem, a generic brand of the drug lamotrigine, which helps control convulsions and stabilise moods for people with bipolar disorder.

Medsafe and patient advocates say patients with epilepsy who are stable on one brand should not be changed from that brand, as they are susceptible to even small changes in medication.

Patient advocate Arabella Gubay said the latest patient to die was a 35-year-old woman, who died on 23 February. Her seizures were stable before she was switched to Logem late last year.

Her family requested her doctor report the case to Otago University's Centre for Adverse Reactions Monitoring, but Gubay is concerned events are going under-reported.

Since the funding change in May, the centre has received 171 reports of harmful or potentially harmful 'adverse events' to people who have been changed to the Logem brand. Previously there was an average of six reports a year for patients harmed while taking any brand of lamotrigine, dating back to 1992.

After being changed to Logem, some patients' seizures increased or they had new symptoms. Patients who were seizure-free began experiencing seizures, and bipolar patients reported changes in their mood, including suicidal ideal or attempts.

The issue is clouded by the fact 1 in 1000 adults with epilepsy suffer SUDEP - sudden unexplained death in epilepsy, where a cause of death cannot be found.

Pharmac said it could not comment on individual cases, but Logem was a safe drug and had been approved by Medsafe.

"For most people taking it, Logem works the same way as the other two lamotrigine brands ... it has the same active ingredient and is delivered to the body the same way."

Gubay said the problem was that the change gave doctors and neurologists no choice in what was provided to their patients, and some were not aware that down the chain their prescription for lamotrigine would be filled with Logem.

In many cases, Gubay said, patients were not told their drugs had changed, some were told the drugs were exactly the same, or they were given a sticker or flier about the new brand but with no warnings provided.

She said while Logem had the same active ingredient, it could be absorbed differently and some patients had said their blood tests showed the amount detected in their bloodstream was reduced by up to half.

Gubay and Epilepsy NZ believe this is the first time internationally that a wide group of epilepsy patients have had their medication changed without individual doctors approving the change for each patient - leading Gubay to describe it as an "unfortunate experiment", that must end. 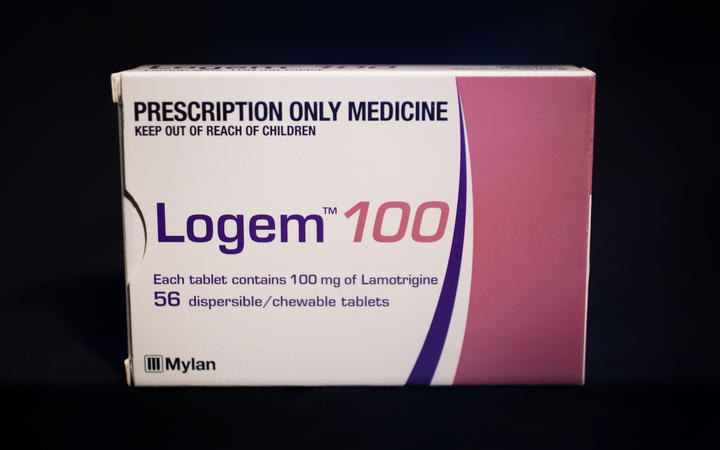 About 11,000 people were switched to Logem starting in May last year. Photo: RNZ / Claire Eastham-Farrelly

In November, Pharmac changed course and provided funding for other brands of lamotrigine - but only where doctors applied for, and were granted, exceptions for individual patients.

Pharmac did not answer questions about whether the introduction of Logem was carried out in a safe way. Mylan, which makes Logem, has said it is safe, and used in 14 other markets.

Gubay said she wanted doctors to be able to prescribe the previous brands of lamotrigine that were available, freely.

Epilepsy NZ chief executive Ross Smith said his organisation and other groups had warned Pharmac the plan was dangerous.

"We need more people to know what has been going on, and the anxiety it has created for a whole group of people - not to forget the actual physical and mental harm it has caused."

He said Medsafe had done their job, including issuing a report on the Logem change, and restating their position that brand changes could cause problems, but they did not have the teeth to control Pharmac.

The events showed Pharmac needed regulatory guidance such as the United Kingdom's MHRA classification system (the Medicines and Healthcare products Regulatory Agency) which is referred to internationally.

Lamotrigine was a class 2 drug under MHRA controls, he said; "this meant that any change in brand should only be done in close consultation with the patients' prescribing physician or specialist. Clearly, that didn't happen here - with people being switched at the pharmacy counter."

The Chief Coroner has begun an inquiry into the first five deaths and will look into whether the drug brand change could have had an effect on seizure control and whether this contributed to the deaths.

A parliamentary health select committee hearing on the issue is scheduled for 1 April.

Gubay said the hearing had been postponed twice, however, and patients and advocates who had booked time off work or flights had trouble changing their travel plans again and again.

She had doubts about whether a select committee was the right place to examine the events, and said a Royal Commission of Inquiry should be called.

"This is an unacceptable risk to be forced upon an already vulnerable community of people and we call on the Minister [for Health] to intervene and investigate.

"The brand switch failed to meet internationally recognised standards of patient safety from the outset and should never have happened.

"The regulatory processes we have which are supposed to keep New Zealanders safe don't seem to be working."

One thing all parties involved are united about is the danger to patients spooked by the controversy if they try to change their lamotrigine regime without talking to their doctor.