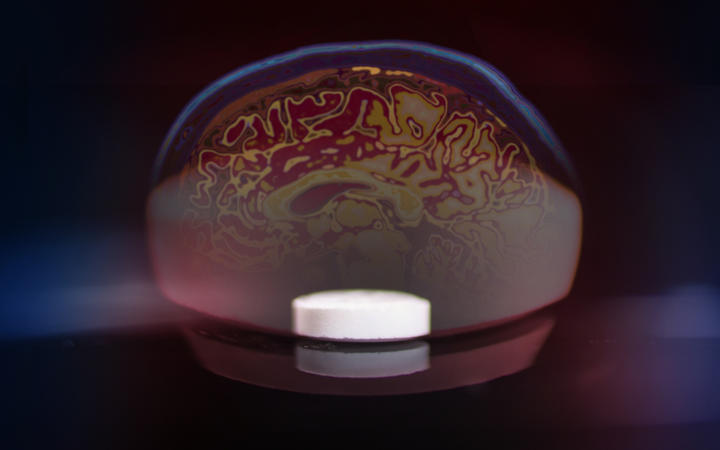 Co-author of the study, published today in the New Zealand Medical Journal, Peter Bergin said: "There may be 30 or even more people dying each year in New Zealand as a result of sudden unexpected deaths in epilepsy."

So the five recent deaths may not be outliers, but Dr Bergin said he did not yet know whether medication brand changes put people at greater risk of dying.

"That may just be the background rate, we don't know."

More than 10,000 people were forced to switch brands of lamotrigine late last year after drug-buying agency Pharmac pulled funding for the Lamictal and Arrow brands used by about 90 percent of patients.

Following an RNZ investigation into deaths linked to the brand switch last year, Medsafe issued a safety notice, advising people not to switch brands if their current medicine was working for them.

The Chief Coroner was investigating the fatalities to determine "whether the change in brand to Logem may have changed the seizure control and whether that contributed to the deaths".

Bergin was among a team of neurologists at Auckland City Hospital who studied 10 years of coroner's data related to sudden unexpected death in epilepsy (SUDEP). They found 166 cases over the course of the decade, a third of which did not involve anti-epilepetic drugs.

The strongest risk factor for SUDEP was poorly controlled seizures, he said.

"The most likely explanation is that people stop breathing during one of their seizures and then they never start breathing again. It's as if the seizure stuns the respiratory centre in the brain and it never reboots."

Bergin said people with epilepsy who died suddenly in New Zealand were generally young and compliant with their medication.

For every 1000 people with epilepsy, 1.2 are estimated to die from SUDEP. But the rate is reported to be 27 times higher in young people, the study said.

The incidence of epilepsy in New Zealand is uncertain, but most Western countries report a prevalence of about 0.7 percent, the study said.

In the study, the number of deaths per year ranged from 11 to 26.

Bergin said they were planning a new study to gather more information on the number of deaths and possible risk factors, and he was hopeful the results would help the coroner.

"Hopefully, we may be able to determine whether there is an increased risk, or not, when people change their brands."

He said he wanted to hear about cases from multiple sources, and asked that all neurologists, paediatric neurologists, general physicians, paediatricians, and general practitioners notify the research group of all deaths in patients with epilepsy, so all SUDEP cases could be identified.