Residents have rejected Wellington Water's claims the smell from a spill at a sludge treatment plant was a one-off, saying the stench is persisting. 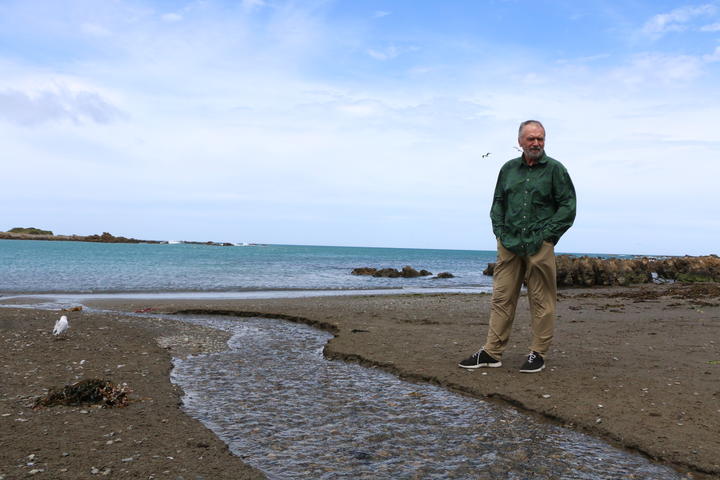 Wellington Water said two mechanical failures at the treatment plant at the Southern Landfill on Monday, 2 March, led to overflows of sludge which would have created an odour.

One of the failures caused a skip in the loading bay to overflow, and another caused a spill inside a building, which meant roller doors were left up for ventilation.

"It's a failure of a particular piece of plant which occurs very infrequently," the contractor said.

"When it does happen it's designed to be contained on site, so we can clean it up without any risk to any person."

The slurry being treated at the site is a byproduct of the wastewater treatment process. It has been trucked over ground since two pipes underneath Mount Albert failed six weeks ago.

Angela Wilson, who lives near the landfill on Happy Valley Road, described it as a "bog of eternal stench" which she believed was coming from the Southern Landfill.

"It's like, um, a fresh poo in your lounge, in your hallway. It's that smell of freshly delivered turd."

Wellington Water boss Colin Crampton said the operation was "inside normal odour management issues" for daily truck movements and the trucks were airtight.

"On Monday night we opened the door of the treatment plant to make sure it was a safe for our people to get in, and when that happens, we're outside our odour, uh, issue, so we advise the community that for two or three hours that's going to be an issue that they'll have to deal with.

"And in general they're very tolerant of those issues when that happens."

Since January, the trucks have been going every six minutes - or 120 round trips each day.

"What we've noticed, since the pipe failure and the turd taxis started rolling, that that foul, pestilential smell has popped up regularly."

He said the smell was compounding frustrations about high levels of fecal contamination in the Owhiro stream and marine reserve.

Crampton said Wellington Water had discovered five cross connections in the Ōwhiro area - where wastewater pipes had been connected to stormwater.

Doyle said the people of Ōwhiro Bay "are completely sick of being subjected to this tsunami of fecal matter, everywhere we turn".

Crampton said the spill on 2 March was the only time a mechanical failure had happened at the plant since the trucking operation began and challenged residents' claims that there was a persistent smell.

"There's no particular reason why that should be. They would have definitely experienced it on the day when we opened the door, but once everything was cleaned up and we got back into normal operation, there should be no odour." 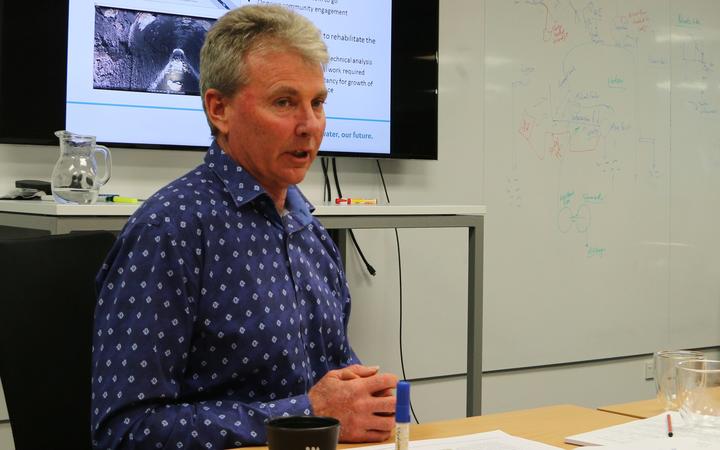 Angela Wilson said despite this, a persistent smell was continuing to emanate from the landfill - and she gagged on occasion upon waking.

"What he's saying is my experience is not real, because he hasn't got data to back it up and it's a one-off event from his perspective. But what we're experiencing, what I've noticed, is persistent."

She said the trucks were producing a less intense, but noticeable, odour as they drove past her house to the treatment plant and - as a cyclist - tried to time her commute so she would not get stuck behind a truck.

Patching up the pipes

The issues stem began with a failure on 22 January, when one of the two major pipes that pump slurry through a tunnel under Mt Albert - between Kilbirnie and Berhampore - failed.

When the flow was switched to the other pipe, that failed shortly after.

The trucking operation from Moa Point to the Southern Landfill - intended to be a temporary emergency measure - is costing ratepayers $200,000 each week. To the end of February, the bill is $2.7 million.

Wellington Water said it was pushing ahead with plans to lay polyester lining in the failed pipes so they could be repaired.

The plan was to temporarily patch one of the pipelines to restore its operation, then install polyester liners in one, followed by the other. An alternative is to temporarily bypass the pipes completely while completing the lining process.

The preferred method depends on the arrival and availability of material, but Crampton said a timeframe should be available "in a week or so".

If the polyester lining repair goes ahead, Wellington Water will be the first organisation in Australasia to use it on this scale.

Crampton said the contractor was also investigating the condition of the rest of the pipelines using CCTV and other camera equipment.