The disgraced Masala Indian restaurant boss and a former accountant and business associate have been sentenced for tax evasion and money laundering. 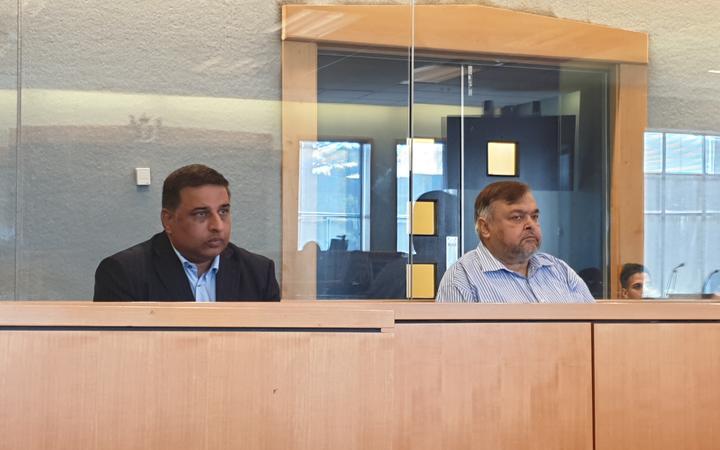 Rupinder Singh Chahil and Vijay Kumar Gupta appeared before Justice Gault in the High Court at Auckland this morning.

He jailed Chahil for three years and two months and fined him $50,000 and sentenced Gupta to 10 months' of home detention.

Chahil was earlier sentenced to six months' home detention in 2016 and ordered to pay $2500 reparation for his role in exploiting migrant workers in the Masala chain.

Between April 2008 and April 2014 Chahil and his counterpart Joti Jain concealed cash sales at Masala restaurants and didn't file tax returns to IRD.

Today, the court heard the cash sales at Masala restaurants were written into cash books and set aside in tills for collection.

The cash would then be counted and managers instructed to write a second set of sales reports without the cash figures.

The court heard the GST tax shortfall amounted to $702,000 of which at least $524,000 had been laundered by Gupta into various Masala-related bank accounts.

This morning Crown Solicitor for Auckland Brian Dickey said the offending was not unsophisticated as the commercial operation ran accountancy processes, separate to tax returns, with ease.

"These are businesses running high street restaurants and bars, employing a lot of staff, who are quite capable of internal accountancy processes as evidenced by their own bookkeeping, separate to their tax book keeping.

"These are relatively sophisticated business operations perfectly capable of accountant processes who do have accountants acting for them who have nonetheless, period upon period, not filed their tax returns."

He said while Gupta had an "intermediary" role in the money laundering he must have known the cash was suspect and chosen not to ask questions.

"Money's arriving in bags of cash, and in relatively large sums it would seem, you know that that must come from some form of illegal activity," he said.

Chahil's lawyer Tony Bamford said a sentence of home detention and a fine would be appropriate in the circumstances.

"This man does not need to receive a term of imprisonment. He is a contributor to the community. His psychological report sees him as low risk and remorseful."

Gupta's lawyer John Billington QC said any period of home detention, for which Gupta was deemed eligible for, would be difficult to serve due to his client's age and health.

He told the court Gupta was remorseful and had brought considerable disgrace to his family after positively contributing to the New Zealand community for many years.

In sentencing the pair, Justice Gault said the offending was "sustained and repetitive" having occurred over a period of six years involving 17 different companies.

"While the evasion may not have been particularly sophisticated, it was carried out on a very large scale. The GST evaded amounted to more than $700,000."

Justice Gault said "tax evasion defrauds the public purse" and deterrence was a factor he had to take into account in sentencing the men.

In a statement released after sentencing, Inland Revenue spokesman Tony Morris said while the evasion was not particularly sophisticated, it was carried out on a massive scale.

"Chahil provided 114 individual GST returns to Inland Revenue on behalf of the Masala Related Companies, which together concealed more than $6.5 million of mainly cash sales.

Morris said the offending hurt the taxpayer, meant Masala could undercut competitors and ultimately ended in a costly prosecution.

"The tax evasion and money laundering were uncovered at a tremendous public cost. It required a substantial effort to detect, uncover and prosecute this case.

"The investigation took longer than it should have because Chahil had false responses prepared to deliberately frustrate the enquiries."