A woman who ran a restaurant chain where immigrants worked long hours for little pay is fighting attempts to deport her. 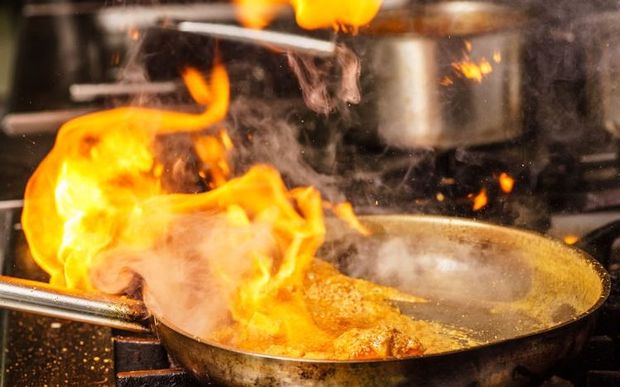 Joti Jain was sentenced to home detention for mistreatment of workers at her Indian restaurants. Photo: 123RF

Joti Jain, 43, was described as the lead offender in the immigration fraud and exploitation at Masala restaurants in Auckland.

One chef was paid $40 for two months of work, and a waiter said he went weeks without pay, relying on the restaurant's chef to feed him.

He described the working conditions as "hell" and flew back to India.

Jain, who has a school-aged daughter, was last year sentenced to 11 months home detention and ordered to carry out 220 hours of community work. She also paid $58,000 in reparation.

She was the director of two companies - now in liquidation - that employed workers at the Masala restaurants in Bucklands Beach, Mission Bay and Takapuna.

Jain has appealed Immigration New Zealand's decision to deport her.

She is set to appear before the Immigration and Protection Tribunal at a hearing date yet to be fixed.

Two other Masala managers who have appeared in court for their part in the rort, Rajwinder Grewal and Rupinder Singh Chahil, are New Zealand citizens.

Grewal was sentenced to four and a half months' home detention and ordered to pay more than $4700 in reparation.

He has previously been convicted of charges of common assault, willful damage, resisting police and threatening behaviour and was ordered to complete 400 community work hours for that offending.

Both he and Jain are not allowed to work in business management.

Rupinder Singh Chahil was last week sentenced to six months' home detention and ordered to pay $2,500 in reparation after admitting providing false and misleading information to an immigration officer.

Chahil offered an Indian worker a job as an assistant manager at Mission Bay's Masala restaurant, with an employment agreement stating she would be paid $15 an hour.

Instead the worker was employed as a waitress and cleaner, working 66 hours a week for $3 an hour.

Earlier this year, Inland Revenue alleged companies which owned the restaurants avoided paying more than $7 million in tax between 2008 and 2014.

The High Court restrained 33 commercial and residential properties linked to the Masala chain of Indian restaurants, to prevent them being sold while the police and Inland Revenue investigate.

Jain had served her home detention at her home in the upmarket Auckland suburb of Remuera, which has a capital value of $2.75 million.

IRD told the High Court the company owners systematically stripped cash from the restaurants and failed to declare cash sales and income.

* There are other restaurants in New Zealand called Masala that are not connected with this chain.