Business leaders in Nelson-Tasman say uncertainty created by the Covid-19 coronavirus is beginning to hit home. 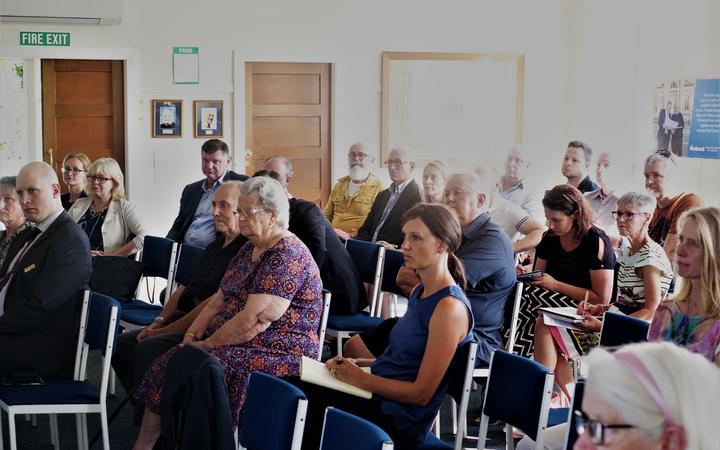 Members of the Nelson-Tasman business sector at a public meeting to discuss the effects of the Covid-19 coronavirus Photo: RNZ / Tracy Neal

The Nelson Marlborough Institute of Technology (NMIT) is facing an income loss of $1.5 million as foreign students stay home.

Forestry workers are on reduced hours, tourists are cancelling holidays, and Nelson-based fishing company Sealord is preparing a plan for its offshore crews.

Meanwhile, health officials told a public meeting last night they were bracing for the arrival of the virus to our shores.

Port Nelson's new boss, Hugh Morrison, has been in the job only a few months, and is already dealing with a looming global pandemic.

As of 27 February, the virus has killed a total of 2744 people in China where it emerged, but the number of new infections has for the first time been overtaken by fresh cases elsewhere around the world.

Morrison said the effect on New Zealand ports could not be overlooked.

"We've got immediate risks, so the government says we don't leave a vessel out there - all vessels are required, or able to come into shore even if they've got sick people on board.

"But it's our port pilots who have to go out there and pick up that vessel and bring it in, so we're very conscious of the risks we're carrying and (we're) working closely with the DHB."

Nelson's National MP Nick Smith, who hosted last night's meeting with support from the Nelson and Tasman mayors, was especially worried about the impact on small businesses and their workers.

He said the government might be asked to help out with wage and business subsidies, similar to the help provided during recent natural disasters.

"We're not necessarily at a point where we're at that stage but I'm putting it on the table because if it does get serious - to the point where families are affected by redundancies and small businesses are looking at going to the wall, then it's my view that can be a smart intervention," Smith said.

NMIT's chief executive Liam Sloan said the 40 new foreign students set to be welcomed on Monday did not arrive.

The additional 100 due to take up full-time study this year were now also unlikely to get here, Sloan said.

"So we are anticipating that potentially the financial impact for NMIT this year could be Circa $1.5 million on our income, and of course that's just purely for fees."

The flow-on effect was expected to hit the home-stay parents, who accommodated 70 percent of NMIT's foreign student population - some of whom relied on the income to supplement mortgages.

Sealord boss Doug Paulin told RNZ after last night's meeting that sickness could spread quickly on a fishing boat, and the company was getting contingencies in place to cope. 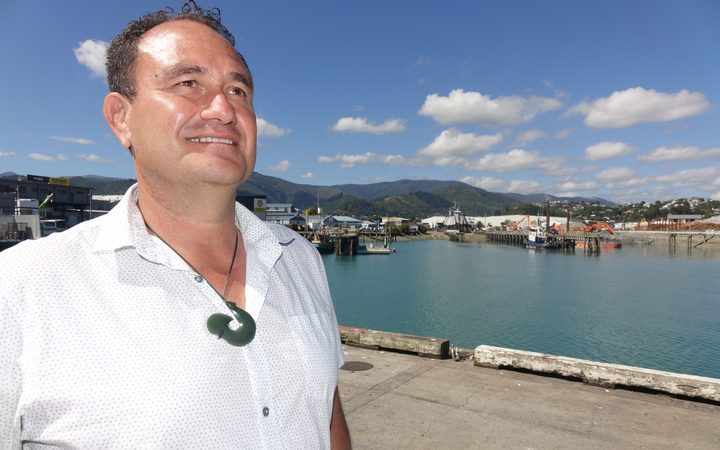 It already had a good programme around the flu vaccine, and the more staff that had it meant they would have a clearer idea of any new emerging problem, should it take hold, Paulin said.

"This year we're going to spend a lot more time with our employees, in terms of encouraging them to take the vaccine.

"One of the things it will do will at least make sure it vaccinates our people against the flu, so we don't then have to try and say, 'well, what is this'?"

Nelson Marlborough chief medical officer Nick Baker said it was worrying that the virus was escalating in some countries, and the health board had a pandemic plan it was now rapidly adjusting.

"We've got a variety of emergency structures and we're already meeting three times a week. We've got an emergency coordination centre and we've got some community emergency operations centres, looking at supplies of equipment and making sure that we've got plans for isolation and quarantine," Baker said.

"We're also looking at how the function of the hospital may be adjusted, if we started to get a lot of cases locally."

Health board chief executive Peter Bramley​ said it was possible that scheduled surgeries might have to be delayed.

"The priority will be supporting people who are acutely unwell, so if necessary we would have to defer or delay planned or elective procedures but at this stage there's no impact from that," Bramley said.