Wellington councillors have voted to expand the mayor's proposed taskforce on the city's water problems, to include business and community members and water experts. 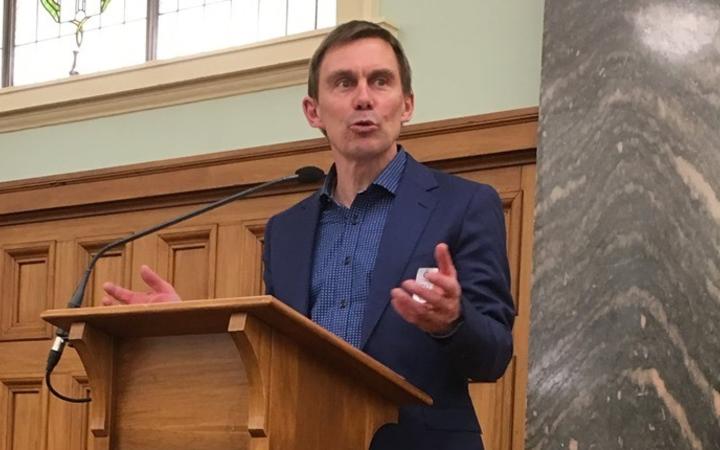 The council has today voted to establish the taskforce proposed by mayor Andy Foster.

The group he envisaged comprised only councillors, officials and iwi representatives.

However, councillors have now voted to add up to four community members, four water experts and a representative of the Wellington Chamber of Commerce.

Foster said he welcomed having the community involved but was concerned that there could now be up to 16 people on the taskforce.

"I'm worried about the practicalities of doing that because the reality is we need to move pretty quickly and we need to move to get some input into this year's annual plan and next year's long-term plan."

Councillor Fleur Fitzsimons said expanding the taskforce membership was a victory for the community, and she did not believe adding that many people to group risked slowing decision-making.

"I think everyone who's going to be on that taskforce is committed to getting to the bottom of what's happening to Wellington's water infrastructure.

"And it's comparable to the size of other bodies and taskforces set up by previous mayors and by [central] government.

The mayors original smaller group had been endorsed by council chief executive Barbara McKerrow, who said including community members and experts risked creating confusion about accountability.

"Ultimately it will be [councillors'] role to sit in that taskforce and really understand the details well because you are going to end up having to make - as the governing body, Wellington City Council - some significant decisions on the future investment in that infrastructure," she said.

She said hiring additional experts could be costly and those others should have input from outside the taskforce.

The council needed to be careful not to end up with a large body that was "bigger than Ben Hur", she said.

The mayor said the the taskforce's initial report would be due by June, to feed into decisions for the city's annual plan.