A new taskforce on Wellington water issues will examine the state of affairs that has led to the crisis in the capital, as well as come up with an action plan to be put to council. 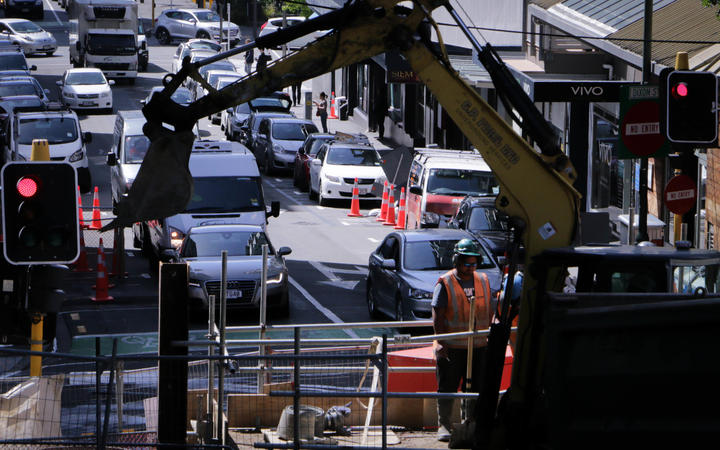 Mayor Andy Foster said water issues across the region were of "serious concern to the council and to Wellingtonians".

"It's really important that we meet community, mana whenua and our own expectations in terms of the reliable provision of clean water and environmental protection. The Taskforce will be a useful tool in achieving those goals."

The taskforce will include councillors, mana whenua, as well as members independent from council.

"We understand the high public interest in this issue and so will ensure the taskforce's work is open and transparent," Foster said.

The taskforce will be responsible for looking issues such as (but not limited to):

Earlier today, Wellington city councillors said they're fed up with "defeatist excuses" about major failures in Wellington's ageing water pipe network and called for a formal inquiry into Wellington Water.

Following an urgent meeting yesterday, councillors Fleur Fitzsimons and Jill Day have filed a notice of motion, which asked for an investigation into a string of issues affecting the water management agency.

"Residents deserve better than the defeatist excuses that have been coming out about our city's infrastructure," Ms Fitzsimons said.

"Our call for a wide-ranging inquiry is about ensuring that we all know the extent of the problems, how they came about, and how much investment is required to fix the problems."

A signed notice of motion is the formal way in which councillors can request a response from the council's chief executive and employed officers.

"It is clear that there are serious problems within Wellington Water's infrastructure including mistakes in public health notices in Owhiro Bay, lack of communication with residents in Island Bay and historic under-investment. Residents deserve better."

Councilllor Jill Day said water was taonga, and Treaty obligations for delivery and maintenance must be complied with.

"Water is a taonga for Māori and the Council and Wellington Water must comply with Te Tiriti ō Waitangi in the delivery and maintainence services for water in our city, this inquiry will ask important questions to ensure this this happens.

"I am asking the CEO to ensure that mana whenua are actively involved in the inquiry."

Councillor Jenny Condie, who also supports the motion, said Wellington Water had agreed to attend a public meeting on 8 April, which she intended to hold the agency to account.

"This will provide the first public meeting for Wellington Water to give an update on the progress of the inquiry.

"Problems decades in the making won't be a quick fix. In April, I expect to hear details of their immediate response to these acknowledged problems and clear next steps leading up to this year's budget and next year's 10 year plan."

The council's chief executive has a month to provide a formal paper in reply to the motion.

The matter will then be referred to the council's Strategy and Policy Committee for debate with councillors, and where residents will have the chance to participate.

After the meeting yesterday, Fitzsimons said it was clear urgent action was needed to upgrade sewerage and storm water pipes but she left the meeting none the wiser about when that might happen.

What's going on with water in Wellington?

For those living in the city, it's been a summer of aqua-catastrophes. Just before Christmas, sewage poured into the harbour after a pipe collapsed. The consequence was a rāhui placed on the entire harbour.

Only a few days later, wasterwater made its way into the harbour from a second site.

Then at the end of January, a broken wasterwater pipe in the Mt Albert sewer tunnel resulted in trucks having to haul millioons of litres of sludge to a landfill. That was expected to cost ratepayers around $200,000 a day.

Pipe bursts and leaks have been compounded by long-standing issues coming to light over the past month - in Owhiro Bay, residents said they were fed up of the two decades-long fight to get clean water. Water in the bay often reaches unsafe levels of e-coli.

At a Regional Council meeting last week, Wellington Water said they were still unsure how the water was so polluted.

Just earlier this week, Island Bay residents held a public meeting, where they put their issues forward. Hundreds said they had been without water for long periods, after an ageing water main failed.

It resulted in Fitzsimons saying the issue was a "crisis."