A Wellington councillor says the city's water infrastructure is in crisis and needs a fundamental overhaul. 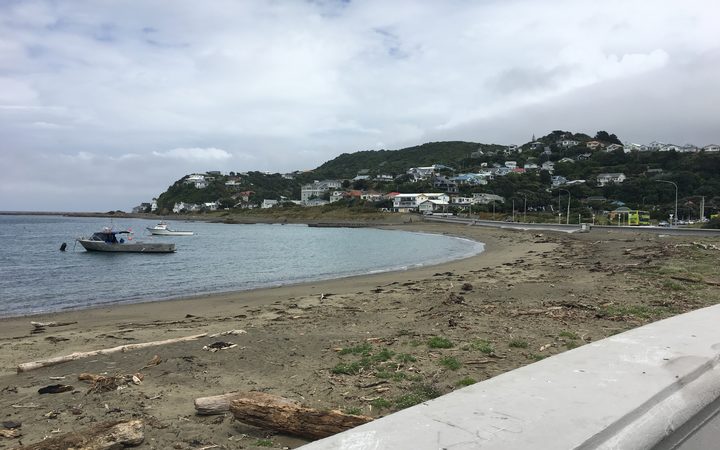 Hundreds of Island Bay residents have repeatedly gone without water for long periods in recent days after an old water main burst.

It comes after two other major failures with the capital's sewerage system in recent months.

Just days before Christmas a sewerage pipe caved in in the CBD under Dixon Street spilling millions of litres of raw waste into the harbour.

Another broken wastewater pipe at Moa Point on the south coast last month has trucks hauling a million litres of sludge to the landfill every day.

Now residents of Severn Street in Wellington's Island Bay have had to go without water for long periods two days running this week after an ageing water main failed.

Wellington Water called a public meeting on Thursday evening to discuss the issue.

Severn Street resident Nicola Bark said she woke up on Tuesday to no water.

"I've got a kid with a disability and he struggles with things anyway, so it just made it it extra hard for him," Bark said.

"The water wasn't on for us until 9pm so that affected dinner - we had to think about going out for dinner and the expense of that."

Seventy properties were without water for 16 hours that day.

The water went off again the next day right at dinner time.

"It's very frustrating, very difficult to deal with," Bark said.

"It doesn't really feel like I'm living in the capital city of New Zealand paying a lot of rates."

Two hundred and fifty houses initially lost supply on Wednesday before it was restored - bar the same 70 houses that got cut off the first time.

Wellington Water said two nights in a row without water was unacceptable and it was sorry for the inconvenience.

Severn Street resident Katy Greco-Ainslie has lived on the road for 10 years and said there has been constant water outages that whole time.

"No sooner do they fix the problem ... and you have another problem.

"It's like they just moved the problem to another point in the pipe and 'here we go again'."

Both residents said there was no communication from Wellington Water on the first day of the outage which made everything worse.

She said she was not optimistic things would improve.

"There needs to be a fundamental review of the structure and nature of Wellington Water and a complete overhaul, potentially, of its operations."

Gary Cullen from Wellington Water said while the city's water infrastructure was getting old the recent spate of broken pipes has simply been unlucky.

"I think it's just unfortunate timing these things can happen at any time.

"The the incident on Dickson street, that infrastructure is 83 years old, and at Moa Point it is a different issue altogether.

"It's just coincidence that these things are happening at the same time."

Wellington Water said scheduled work to repair and replace aged pipes on Severn Street has been brought forward to March.