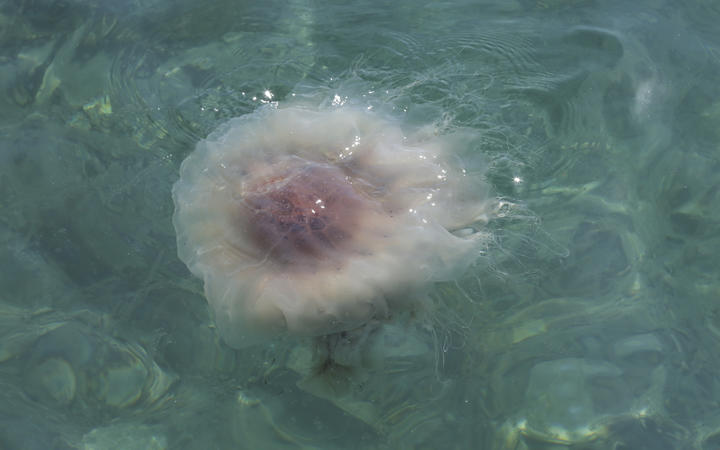 Warm water has attracted the jellyfish towards shore, causing some swimmers to break out in a rash known as 'sea bather's eruption.'

In a statement, ARPHS said some of the jellyfish were microscopic and could get caught in togs.

"As a swimmer gets out of the sea, water drains from the swimwear and traps the jellyfish between the fabric and the skin, causing the stinging cells to release their toxin," it said.

A subsequent rash could become itchy and sore, and last up to a week said ARPHS.

Children and people with allergies could potentially have a severe allergic reaction become unwell for several days.