It's been described as 'Tinder for tourism' - and Go with Tourism is already reporting hundreds of successful matches less than a year since its soft launch. 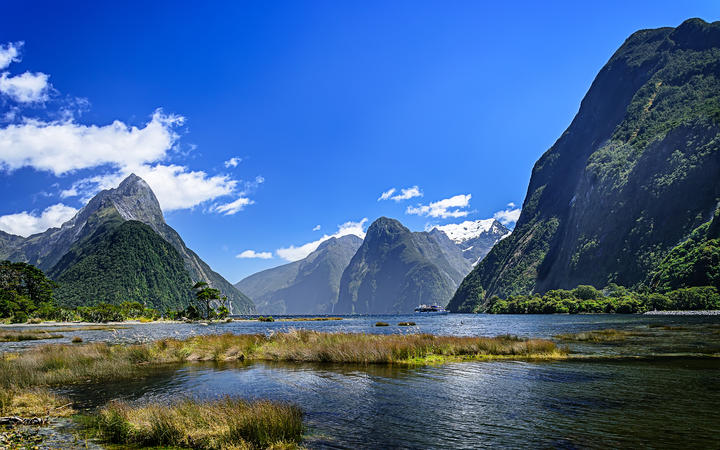 Go with Tourism is an online platform that connects employers with potential employees in a bid to attract more people into the sector.

The industry estimates it will need another 40,000 workers by 2025 to combat predicted labour shortages.

While the initiative only launched in Auckland last April, it's gearing up to help build the tourism workforce this year.

Each month, Go with Tourism will launch in a new region until the country is fully covered within two years of the launch. It's already rolled out in Queenstown and Northland.

It's come a long way since then - in August, Go With Tourism received $5.2 million over three years from the international visitor levy.

Go with Tourism programme director Matt Stenton said the roll out was targeted at main centres to start with before spreading into the 16 regions.

"The investment requires us to expand Go with Tourism over a three-year period, but there has been such great interest and support that we are now in a position to roll out the majority of our planned programme this year," Stenton said.

"Then it's (about) going 'right, what are the high demanded needs of where our employers will be needing people on the ground and how do we start assisting them with getting more talent into their fields'."

More than 250 people have been employed since the launches in Auckland, Queenstown and Northland, with another 1300 candidates and close to 400 businesses on the site.

The goal is to have 2000 people employed within three years - but Matt Stenton is confident they will surpass that.

"Our research shows there are negative perceptions about tourism as a career, so our aim is to educate the nation about the amazing career opportunities in this wide-ranging industry."

Free online tourism courses will also be available soon after Go with Tourism partnered with Global Travel and Tourism Partnerships.

AJ Hackett Bungy - which operates in Auckland, Queenstown and Taupō - has been involved since the start and has hired four people so far.

"To know that there is an easy process in order to get a quick answer, that's massive. I just click in exactly what I need and it serves up a result. The team can then interview people and we'll either get success out of that, and if we don't, then we can look at other avenues. But it's usually the first stop now, which is quite cool," Lawrence said.

Tourism hadn't had a great reputation, but those perceptions were gradually changing, she said.

"There are incredibly good roles that pay incredibly good money, and the problem is that there has definitely been that perception that it is a low paid industry, that perhaps it's quite easy to get into."

In Queenstown Lakes District, unemployment is low with the latest figures from Infometrics showing it was 1.2 percent in 2019, down 0.3 percent from the previous year.

Millbrook Resort joined the initiative late last year after it launched in Queenstown.

Its human resources manager, Katie Church, said recruiters needed to be more creative especially when there was a shallow talent pool.

"I think it provides an opportunity for people living outside of Queenstown to be contacted proactively as Go with Tourism has an option for candidates to advise and indicate if they would consider relocating for a role. It's a place to search before you advertise a role externally as well," Church said.

That could save costs and build a database of potential candidates, she said.

Tourism Minister Kelvin Davis said the goal was to have 500 people in employment by April.

"We do need a highly skilled and productive workforce so we're doing a number of things and this is just one of them to make sure that we do have the right people with the right skills and that they're matched with the right employers," Davis said.

Tash Lawrence said it was encouraging to see more New Zealanders looking to work in tourism, but it didn't mean overseas staff would be ruled out, she said.

"You find a lot more Kiwis on there which is really quite refreshing. It's nice to be able to hire locally. But it's not always going to fit and actually it's not always wanted. We still require people that can speak different languages and that might mean that they're not Kiwi, they might come from another country, and that's ok because that's exactly what we need."

Go with Tourism will launch in Canterbury next week.

The regional launch plan for Go with Tourism: